Memorial written for Vivan Ragusa on the Wall of Honor at the Udvar-Hazy Air & Space Center (Smithsonian Air and Space Museum):

Cdr. Vivan L. Ragusa II, USN (Ret.)
Vivan LeRoy Ragusa II, “Noodles,” was born in Munich, Germany where his father was stationed in the U.S. Army, but spent the majority of his youth in Davenport, Iowa. His passion for aviation began at an early age when he would build and fly model airplanes with his father. Vivan received his appointment to the United States Merchant Marine Academy in 1979 and graduated in 1983. Upon his graduation, Vivan was commissioned into the United States Navy where he began his career in aviation. 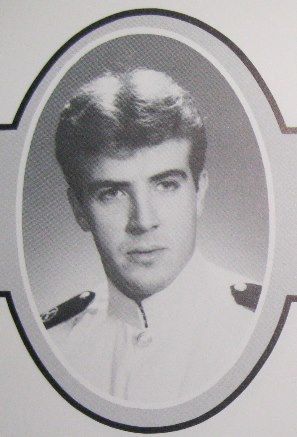 After earning his wings as a Naval Flight Officer (NFO), Vivan started his flying career as a Bombardier Navigator (BN) in the A-6 Intruder. During his first operational tour, he was one of seven NFO’s selected for pilot transition training, returned to flight school, and subsequently earned his Wings of Gold as a Naval Aviator, graduating first in his class. He then chose to fly the F/A-18 Hornet. He flew combat tours in Bosnia and Iraq. He later moved on to the Naval Weapons Test Squadron (VX-31) at China Lake where he flew developmental flight tests of tactical weapons and advanced weapon systems. Additionally, he was involved in foreign military sales as a liaison for 8 countries. 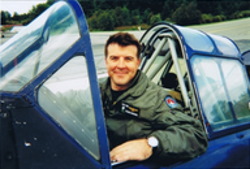 Following his tour at China Lake, Vivan was selected for the United States Naval Test Pilot School (USNTPS) Co-op Program. He attended the U.S. Naval Postgraduate School in Monterey, CA where he earned an MS in Aeronautical Engineering and then attended USNTPS in Patuxent River, Maryland. Following graduation from USNTPS and designation as an Experimental Test Pilot, Vivan was assigned to the Naval Strike Aircraft Test Squadron (VX-23) at Patuxent River where he served as the project pilot for the X-31 “VECTOR” Program exploring high alpha approach and landing and Flush Air Data Systems. During this time, he also participated in developmental flight tests on the T-45 Goshawk and F/A-18 Hornet. After his tour at VX-23, Vivan was appointed Program Manager for the U.S. Joint Advanced Tactical Missile Systems and AIM-9X. Vivan completed his career in the Navy as the Officer-In-Charge of Naval Air Depot (NADEP) at Cecil Field, FL, where he served as the F/A-18 Test Pilot, Chief of Flight Operations, and Government Flight Representative.

After honorably serving his country for 23 years, he retired from the Navy and joined Gulfstream Aerospace as an Airborne Product Support pilot and later as an experimental test pilot where he flew the G100, G450, G550 and G650. In addition to his many professional achievements, Vivan will be remembered as a loyal and devoted husband, father, son, brother, and friend. He was passionate about life, flying, racing cars, and sharing these passions with his three sons. His greatest joy was raising and instilling in them the values which he lived by: courage, honor, and commitment to God, family, and country. He leaves a legacy of hope to all who knew and loved him. His place on this wall is indicative of a life well lived and his sacrifice will not be forgotten. In the words of his favorite scripture, Isaiah 40:31, he now soars with eagles wings. He is loved and missed beyond words.