After graduating form Dougherty High School, he joined the United States Marine Corps as “one of the few and proud” from September 1975 until July 1979. He then went on to graduate from the United States Merchant Marine Academy, Class of 1983, and served in the Naval Reserve through the rank of Lieutenant.

Milton recognized the call of God upon his life from childhood. In the late 1980’s, God impressed upon his heart to begin to hold Bible Studies. They begin at his workplace in Crystal City, VA, later to the Navy Yard in Washington, DC and subsequently to different homes. From these studies, Warriors For Christ Ministries, Inc. (WFCM) was established. God continued to use his servant (Milton) to raise up Warriors on a mission to “boldly go where none has gone before.” As time went on, the anointing of God increased tremendously upon Pastor Milton’s life. Many souls have been miraculously set free through the work God performed through His Warrior. One of his favorite sayings was, “we’re going somewhere! or we’re going forward!”

On the business side, Pastor Moore was CEO of the WFCM City Wide Refuge Center, which is also the Church Headquarters in Suitland, MD; CEO of WFCM Child Care Development Center, LLC in Clinton, MD; President of WFCM Community Development Corporation; and President of Management at the Robert J. Fuller Transitional House for men in Waldorf, MD.

Milton departed this life suddenly on December 6, 2006. He leaves to cherish his memory: his loving wife, Eva; two sons, Milton, Jr.
and Phillip; two daughters, Lakisha and Jacquelyn; one granddaughter, Brea; his parents Bobby L. Moore, Sr. and Doris Moore of Albany Ga. two sisters and four brothers; a host of loved ones and friends; and his family of Warriors. He will be greatly missed. 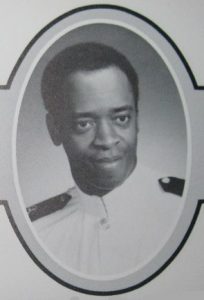 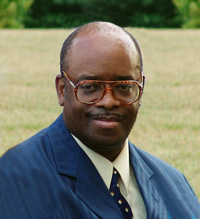 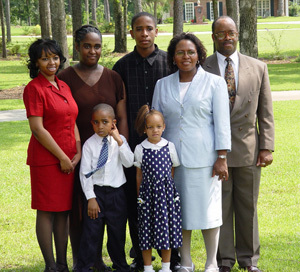 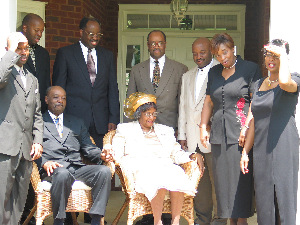 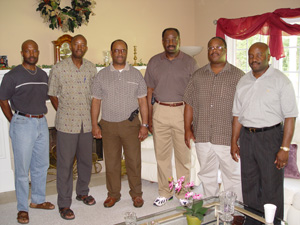 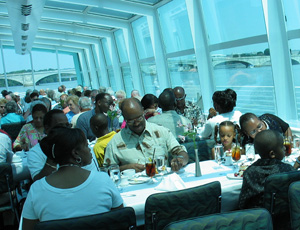 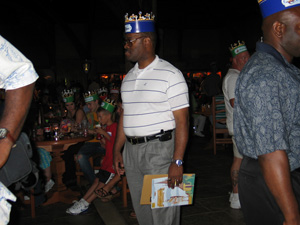 The Rev. Milton L. Moore drew from a particular passage in the Gospel of Luke to lead his Warriors for Christ Ministries:

“The spirit of the Lord is upon me because He hath anointed me to preach the gospel to the poor; He hath sent me to heal the brokenhearted, to preach deliverance to the captives. . . .”

Last night, those who knew Moore, worked with him and benefited from his ministry gathered at Bowie New Life Assembly to remember the minister, husband and father of four.

Moore, 50, was fatally shot outside his Suitland ministry Wednesday. Witnesses say they heard arguing just before shots were fired about 7 a.m., and some law enforcement officials have speculated that Moore was targeted. But Prince George’s County police Cpl. Debbie Carlson said the case is still under investigation.

“We are talking to witnesses and encouraging community members to come forward with any information they may have,” Carlson said.

About 200 people attended the memorial service last night. At one point, about 50 former and current residents of the ministries’ shelter stood and recited in unison the passage from Luke.
Pastor Joshua O. Nathan, who officiated at the service, told those gathered of all that Moore had done to provide for those in need.

For the past 15 years, Moore operated what he called the City-Wide Refuge Center in the ministries’ three-story building in Suitland. There, Moore preached and provided shelter to hundreds referred to him because they were in need of emergency housing.

“In life, he loved, and in death, he leaves big shoes to fill,” Nathan said.

Bobby L. Moore Jr., one of Moore’s four brothers, briefly addressed the violent circumstance surrounding his brother’s death. “There’s no malice here,” he said, asking those in attendance to pray for two families: his brother’s and the family of the unknown shooter.

Before the service, Warriors for Christ member Lisa Jeffries said Moore “had a passion” for helping those in need of shelter, adding that Maryland is among the 10 states with the worst shortages of affordable housing. Moore, she said, was a welcome partner to area social service agencies.

His ministry began in 1990 as a lunchtime Bible study with Navy Department co-workers in Crystal City. In 1992, he began holding Sunday morning services in the basement of a home in Lanham. By February 1998, Moore had moved his ministry to its current location.

“We are not funded by the county or the state government, but we work closely with the social service agencies because there are number of reasons that might cause a person to be homeless,” Jeffries said.

Sandra Price, chairman of the board, said, “Warriors for Christ Ministries will go on.” What God passed on to Moore, she said, he passed on to others.

Later in the service, dozens of preachers ordained Moore’s wife, Eva Moore, as a pastor of the ministries. “My husband committed his life to service, and he died serving God,” Eva Moore said. She, too, pledged that the ministries’ mission will continue.