If I didn’t already mention, Class of ’83 rocks! Thanks for sharing so much news (and verifying it with photos)…

Bumper Kunkle is quite the social director:
Attached is a picture from Friday. Pete Brennan, Steve Dear, Tom Aufiero, Tom Bodman and I got met at PJ Whelihans in Washington Township, NJ. Sue Bodman, Donna Aufiero, Maria, my wife and my son Jimmy were also there.
Jimmy was home from East Carolina University, where he is a senior.
Tom Bodman is getting ready to retire this March with 34 years of service to NAVSSES. Pete is still at Cardinal Health. I think he’s going to work a couple more years. Tom Aufiero works for Bosch Rexroth and I think he will be they’re for a while too.

Steve Dear is still sailing! he is closing on a house in Arizona this week to be closer to his daughters. Steve still has deep roots in Jersey so he comes back here frequently. I am still at NAVSSES along with a handful of our classmates, Bill Higgins, Dave Ferchau, Kevin Farrell, Dan Hicks, Bill Kraynik, Dave heinbockel, and John O’Brian.

The Alumni Foundation first alerted me about Jim Quern‘s first grandchild, so then he selected just the right photo for this column, beaming: “Baby is Jacquelyn Rose Quern, born November 5, 2016 courtesy of my son Kevin and his wife Emily.” (more pics at KP83.org)

Mickey Cunningham proudly shares:
A week after Jim and Anne Quern became first time grand parents Mary Kay and I joined the club. Our oldest daughter and her husband, Amanda and Jason Sweedler, welcomed a beautiful baby girl in to the world. Emma Rose Sweedler was born exactly at sunrise on Veterans Day with a view of Franklin field from her room at the University of Pennsylvania hospital. All are well and grandparents are on cloud nine. Note- it has been brought to my attention baby Emma has more hair than me!

Mark Smith joins the party:
Still working at NAVSEA, 32+ years and counting. I am the Senior Ship Design Manager for NAVSEA for the new class of Fleet Replenishment Oilers being built for MSC. The contract was award to NASSCO in San Diego in June 2016. The first ship will be the USNS John Lewis (T-AO 205) and should deliver about 4 years from now. I work with a bunch of KPer’s from through the years, somehow I am now one of the oldest ones around.
I also became a grandfather for the first time on 26 October 2016. I have attached a picture of Grayson and me from this evening.

A.J. Murphy writes:
Things are going well here in Houston. Have not run into many classmates lately, but it was nice to have a brief visit by my roommate Chris D’Angelo and his lovely wife Lynn, who were on a Texas swing for business and added a run to our place before heading back to CT. We had a really nice day, so headed out to the lake and on the boat for a relaxing cruise and lunch. It was good for us to get a chance to catch up and the ladies got a good opportunity to visit as well. Enclosed a selfie of the 4 of us having a good time.

On the personal front, just started a new job doing business development with a consulting company on 1 SEP. Looking forward to that and it’s always interesting to tell them that you need that week off for a vacation that was already on the books. Gretchen and I joined my sister and brother in-law on a cruise in early OCT. It always seems a bit odd to be on a ship with no job! Spending money is the alternative, so we focused on that part.
I was able to connect with Jim and Anne Quern on FRI after Thanksgiving in New Orleans for a nice dinner.

Bill Rupy has returned:
After our brief life Under the Venetian Sun, LeAnn and I are back in the States. We’re in Illinois, but are so close to Wisconsin we could actually walk there! Not sure why we might, other than ‘cheese’, or to see if we could max out the Fitbit, I suppose. Speaking of that little gadget, would you believe the other night at bedtime LeAnn took a look at hers and, upon noticing that she hadn’t reached her daily stairs goal, she actually tried to get me to run from our basement to the second floor a few times while wearing her Fitbit?! I suggested she strap it to the paws of one of the cats and check it in the morning, since we usually hear them running around like crazed furry elephants during the night anyway. But she brought up a good point that, if it fell off a paw while the cat was in the litterbox then they might bury it, and assuming that she could even find it the next day, she wouldn’t be too keen to attach it back to herself after that.

Anyway, speaking of steps, I must paws to tell you that I’ll be starting a new job in downtown Chicago soon, so I’m sure I’ll be doing plenty of walking myself from now on, especially since my sense of direction isn’t quite ready for the Big City. The job is cool, I think. Well, what happened is, I interviewed with four different people from the company, and each person with whom I spoke had a different idea of what exactly I would be doing, but they all seemed to agree I’d be good at it, so here I am. I’m sure I’ll find out once I start doing it, and will afterward be able to announce it in these pages, either proudly or sheepishly, depending on the impressiveness of the title. That’s all for now! Happy Holidays to all my classmates!!!

Scott O’Connor shared these photos of El Faro Memorial, “under Dames Point Bridge quarter mile from her tie-ups at Jaxport.” Steve Schultz and each crewmember name is imprinted on it.

Erin Gantt shares:
A KP grad from the 1990s forwarded an article from 2015 that ranks USMMA as the top small school where you can get a cheap education as well as have a high earning potential after graduation. The article from The Street.com, may be viewed here:
https://www.thestreet.com/story/13289612/9/11-small-colleges-that-cost-the-least-but-reap-the-most-earnings.html

Again, thanks for sending enough content that I didn’t have to fill space with post-election Trump/Hillary stuff or the continuing Academy mess. Ray Christensen still doesn’t have his own family, but is again in the midst of switching out roommates. Instead of costing money, the people in my house pay to live with me 😉
—– Ray Christensen 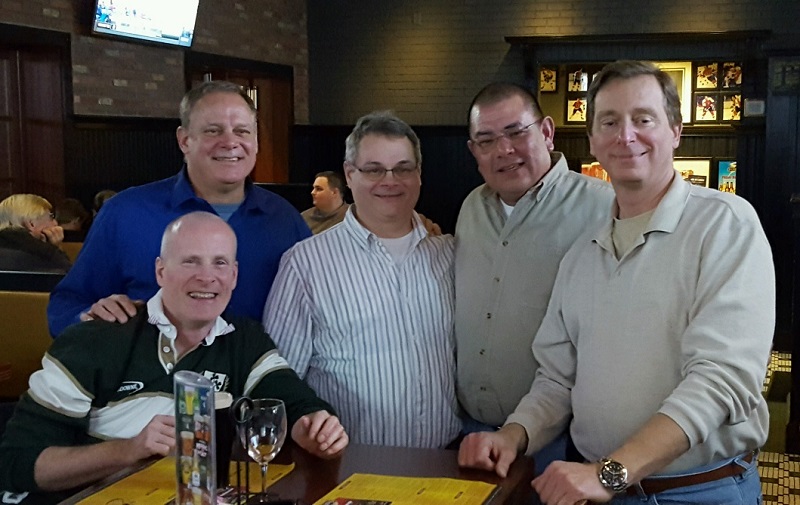 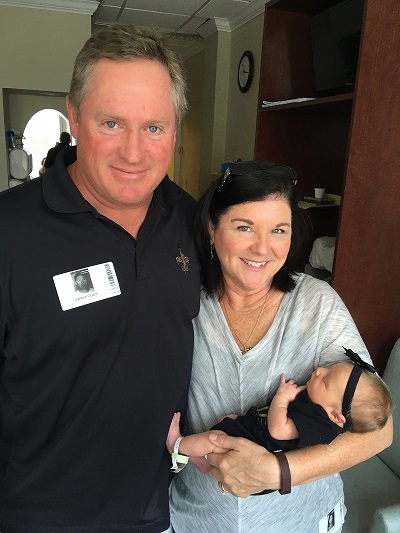 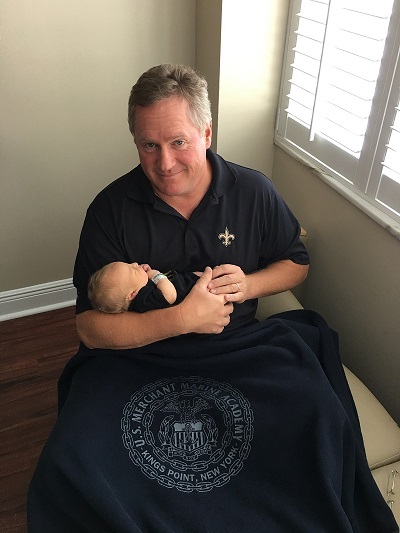 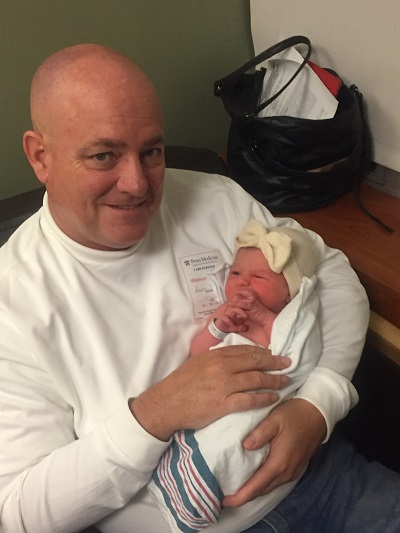 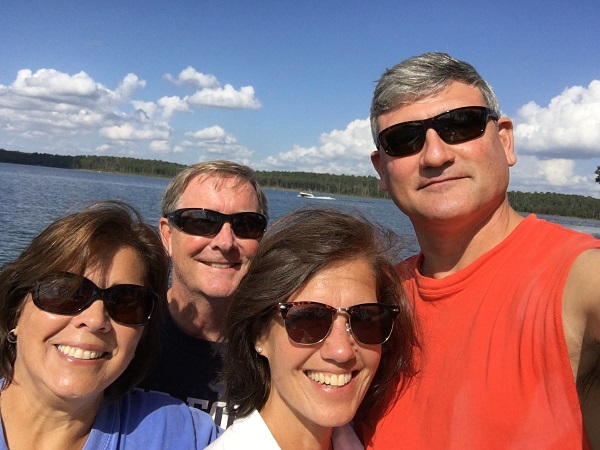 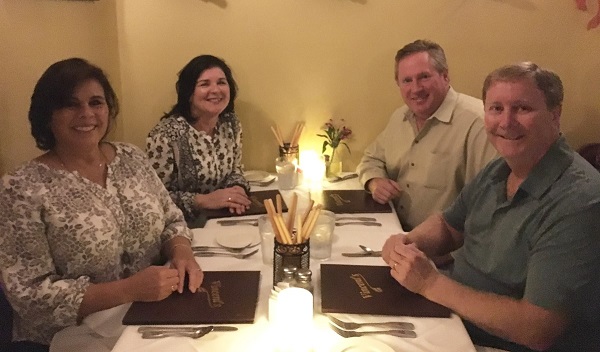 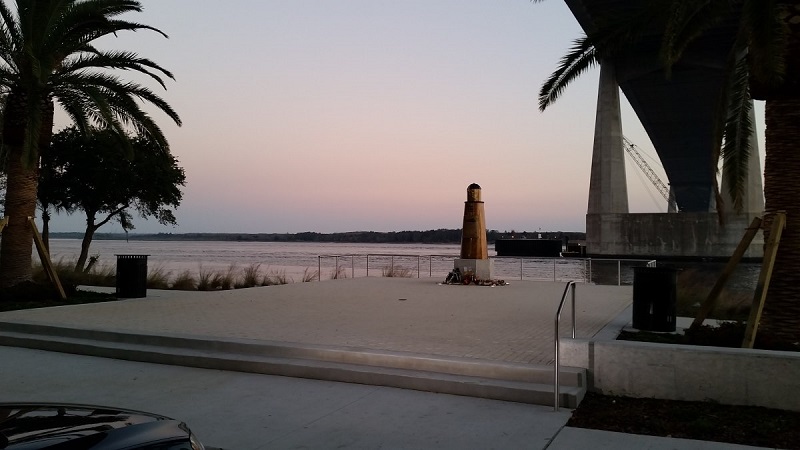 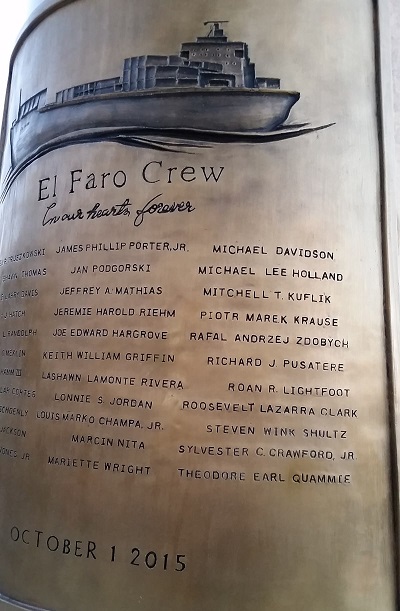 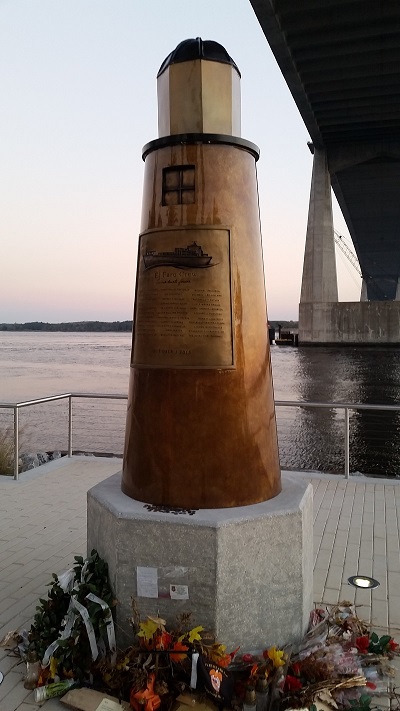