Del Lewis writes:
I played golf with Joe Walsh in the LA/Long Beach Blue & Gray golf tournament last week. Joe is a the West Coast Managing Partner for his law firm Clyde & Co. We had a great time, although our foursome score of 6 under was woefully inadequate. Sometimes I wonder if some participants believe our Honor Code doesn’t apply to golf scores! – Just kidding, the winning foursome could actually be considered “golfers” as opposed to guys like Joe and me!

– Del continues to manage and create new business enterprises. I’ll have him update us next time.

Mickey Cunningham shares happy news:
I’ve attached a photo from my oldest daughter (Amanda) wedding in October. The wedding was in Old City Philadelphia and the reception in South Jersey. KP 83 was represented by John Rhatigan, myself, Jim Quern and Mike Keane. My cousin John Coleman ’78 (far right) joined us as well. The short handsome young man in the middle is my nephew Aidan Kirby who is also the son of Kevin Kirby ’94 (my brother in law). Kevin was at sea so Aidan agreed to stand in. Fun was had by all and it continues as our second child will be getting married in early February.

Bill Kraynik writes:
I now have 32 years in the federal government, all in Philadelphia, and am eligible for retirement. My son, John, is now a junior at Rensselaer Polytechnic Institute (RPI) and doing very well pursuing a degree in Mechanical Engineering. My daughter is a senior in high school and looking at a career in architecture. I guess I won’t be retiring anytime soon.

Al Reeves writes:
I recently retired from General Electric and currently living in Houston. No plans to go back to work – just enjoying life, traveling a little, and spending time with my daughters (when they let me). I do plan to go back to school for a Masters in History – it is a hobby of mine and U-of-H has a campus nearby. To my chagrin I failed to keep up with very many classmates over the years. Jeff Coons was with GE for a lot of years but now is with ABB living in Pittsburgh. I ran across Chris Hart a few years back at my daughters track meet – he seemed to be doing well as a lawyer here in Houston. I did a little Facebook with Heberle, Ellixson, Konstantinos, Dave Anderson and few others who are all doing well. I got sick of Facebook and closed my account so that all stopped. I would love to hear from some of the Friday Afternoon Club guys so give me a call at 832-530-9475.

Dan Rohde writes:
Carrie and I were lucky enough to have the entire family up in CT in May for our middle daughter’s graduation from the USCGA. Despite being surrounded by (oldest daughter and son-in-law both class of 2011, and youngest daughter class of 2018) I am still comfortable sporting some KP bling.

Carrie and I were back up in the NY area in September and although it was not a reunion year for us, we did support one of Sailing Team Mates.

Allen Lindsey ’85 was inducted into the Athletic Hall of Fame by his brother Peter Lindsey ’86, also a Sailing Team Member (photo below).

It was great catching up with those guys. We have the entire family in town for Thanksgiving and are looking forward to a fun few days.

John Prien writes:
Here’s a recent photo of me and “my” plane (“I only travel in style”). I’m also attaching a photo of the family and I at my best friend Tim’s recent Navy retirement ceremony where I was the guest speaker. That’s Cindy and I, Benjamin 13, Zachary 10, Grayson 7, and Madison 15. Ben plays center on the middle school football team; Zach is our singer, dancer and actor; Grayson is our all-star baseball and basketball player; and Madison is our prima ballerina and a Daddy’s girl. What a handful! We are all doing well. I’m still trying to figure out how we are going to put 4 kids through college… unfortunately I don’t think I’ll be able to talk them into considering KP.

Very sad news about Steve Shultz and the El Faro. Steve was a good shipmate.. He and I were in the same company as plebes. Always down to earth. Well spoken. He died doing what he loved… being at sea.

– Thanks John! Life is certainly a series of highs and lows. I didn’t immediately realize that Steve was a classmate (Dualie) for much of our time at KP. When there was still hope, Scott O’Connor had posted on our FB Group:

“Glenda and I have had 3 sleepless nights keeping watch on the fate of our fellow alum and classmate. I piloted El Faro in and out of Jax the prior week. Steve has recently been promoted to C/M. climbing down the pilot ladder I looked back up to Steve’S smiling face and waved good bye. He was happy for his new position, one he had on the West Coast on a sister vessel. Every time I go up on El Faro and see Steve Shultz, its always ‘Hi, Shipmate’ from him. We enjoy being retired Navy Reservist O-6 together and he looks forward to gaining that benefit and heading to Tennessee forever. God’s face has always smiled upon this gentle man.”

Getting back to happier items, fresh out of KP, Brian Foy and I were shipmates in the Navy – for my entire 3 year career 😉 Three other Ensigns came on board at the same time, and one of them just retired as an Admiral! Big thanks again for everyone’s input! See our website for color versions of all the photos. Be safe
and make every day count.
—– Ray Christensen 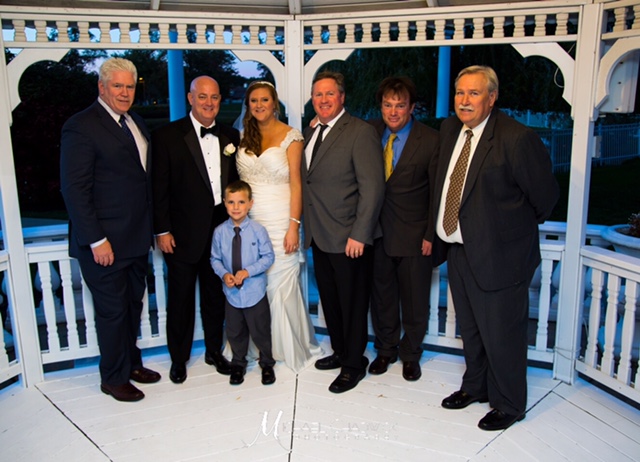 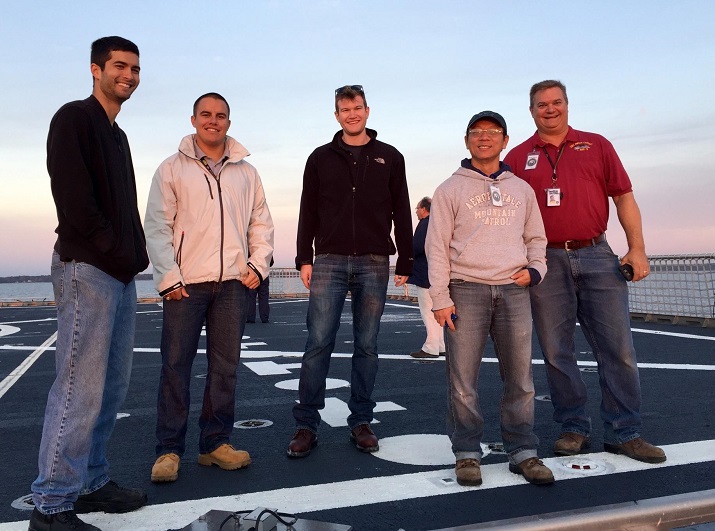 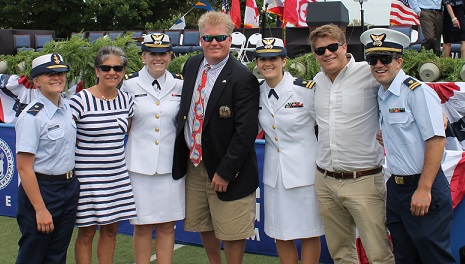 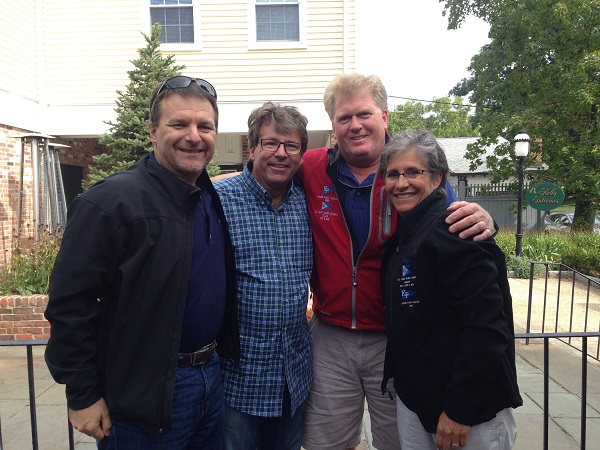 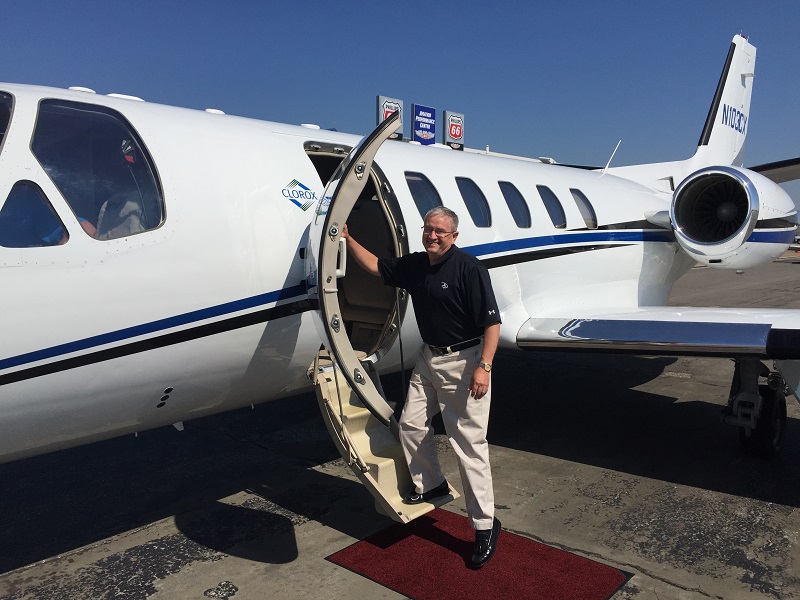 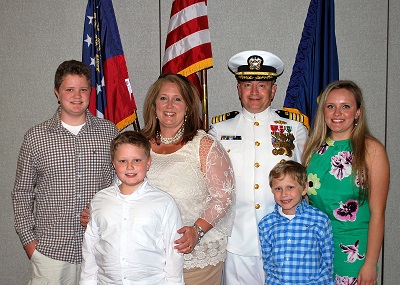