Thanks for many great notes! Be sure to update your profile at re-designed USMMAAF.com and add photos/notes to our class page anytime. Our thoughts and prayers continue to be with Jim Goulden, on the loss of his wife Carrie.

A.J. Murphy writes:
Certainly no one could have predicted the Saints winning the NFC Championship, then the Super Bowl. Next weekend immediately following is Mardi Gras! What a great couple of weeks.
Yvette (Smith) Pigott and I had not seen each other for a couple of years, the last visit being in Orlando, Yvette’s “home port”. The two remaining New Orleans class of ’83 fans got to share the excitement and catch up a bit. Got to say hello to Yvette’s three lovely daughters, saw her Mom who was riding in the parade that day as well as re-meet one of Yvette’s sisters who also is now in Orlando area. Gretchen had met Yvette originally when I was a 3rd classman, so we all got to spend a short time on the street next to the parade
line up to catch up on all the latest with kids, schools and college tuition hikes!!!
Sometimes the timing works out just great. Attached a couple of photos we snapped while there in New Orleans on a beautiful day.

Andy Dywan writes:
Things have been going well for me. Got married Feb 13, 2010 to Dianne Shubert. (see picture). It was a wonderful wedding. Rossco and Jackson did not make it because of the snowstorm. They were missed. I’m still working for Transocean as OIM and will be working in the Gulf of Mexico for the foreseeable future. In the process of building a house in Ninety-Six, so that has been keeping us very busy, hopefully it will be finished by the end of April. Was invited by Jimmy Quern and the boys to their annual Myrtle Beach golf outing. Could not make it due to being at work. Not sure if Tiger has anything to worry about!!

Scott Brueggeman writes:
My wife Colleen and I welcomed the birth of our second daughter (Catherine) at the end of last year. With the newest addition, life has been busy the past few months. We live in a suburb of Chicago and look forward to the warmer weather coming soon. From time to time I chat with Richard Surratt, Dan Russell, Kent Morton, and Skip McAloon among others in our class. All seem to be doing well.

Al Gebhardt writes:
I haven’t been in touch with any classmates recently but I heard Rex Gundle has moved with APM Terminals (again) from The Hague to Dubai. His daughter Sarah was working for my group in Charlotte at Maersk line the last few months. As for me, I was given an offer I couldn’t refuse by Maersk, and have just relocated from Charlotte to Shanghai, China. Plan to be here for the next two years. If anyone is traveling this way, let me know. Barbeque has a whole different meaning here than in North Carolina.

Lynn Craddock-Melin writes:
Attached are a couple of pictures of my sons, Paul and Kenny and I while visiting Europe in March. 7 Countries, 12 days, 17 teenagers. It was an absolute BLAST! I am working for Shell Exploration on temp assignement in Louisiana. Still based and living in Alaska, love that too. As an update, got my unlimited masters in ’89 and an MBA from U of MD in 95. Now that I am certified a master of 2 trades, thinking it is better to be a jack of all trades. Go figure. Family is well, married 20 years this year. 2 boys, Paul 17 and Kenny 13. Both going to private school so trying to talk them into KP to shorten the cost line.

Bob Ross provides KP ’83 Myrtle Beach Golf Crew recap:
We had a larger attendance this year and Skip joined me as the other deckie in the group; not counting Jimmy Maloney since he was only a 1/2 deckie. A good time was had by all with lots of new sea stories to tell. Mickey Cunningham would have sent the picture but he took his camera snorkeling.
In attendance this year was: Kent Morton, Mike Keane, Skip MacAloon, Jim Quern, Del Lewis, Guy Wilson, Mickey Cunningham, Jeff Coons, John Rhatigan, Bob Ross, and Jimmy Maloney (not pictured). 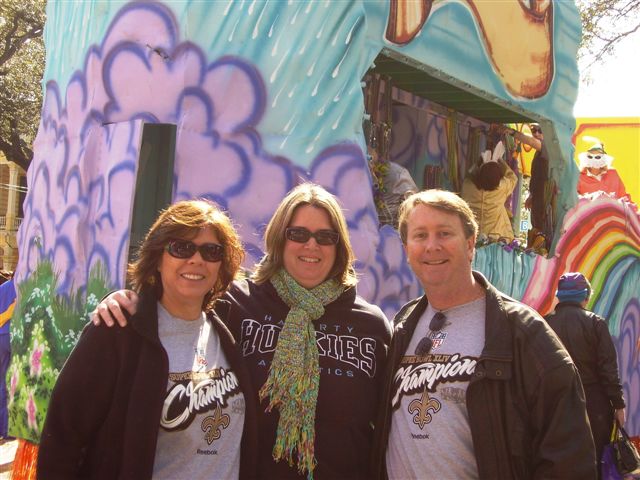 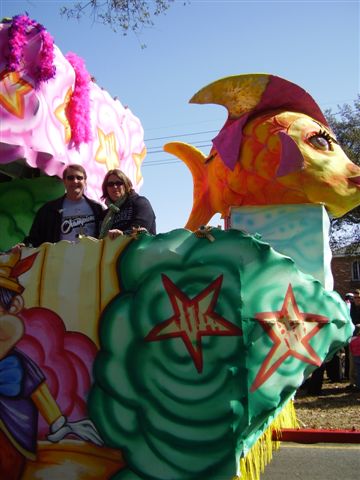 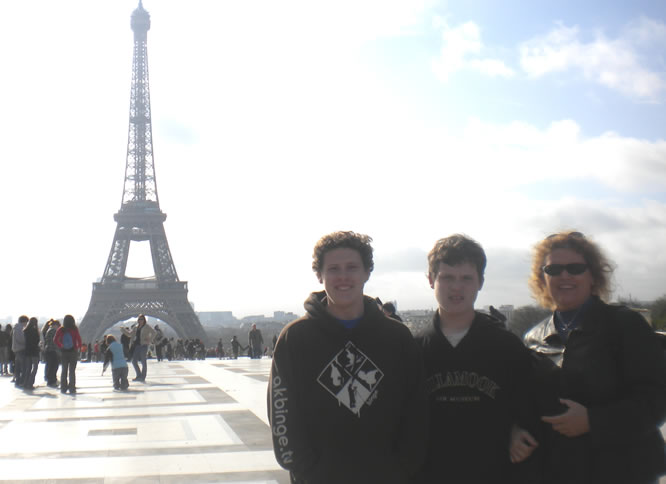 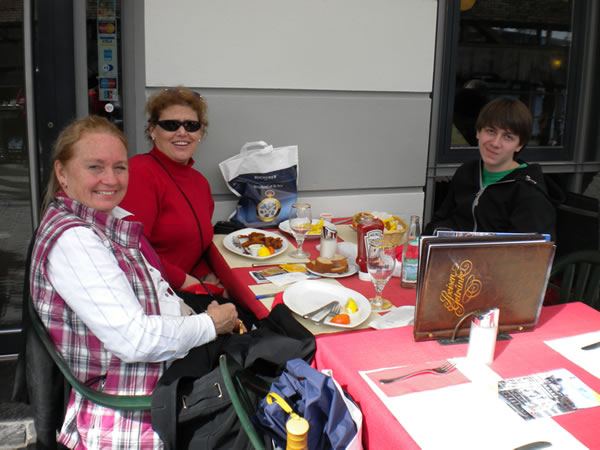 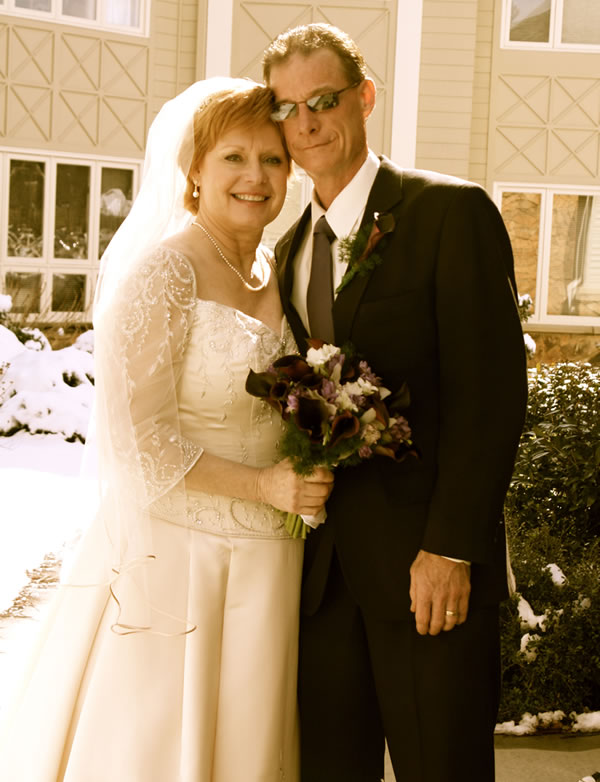 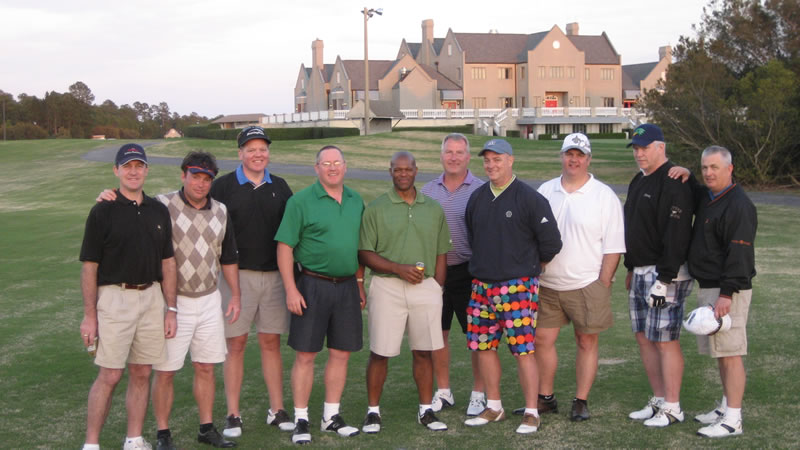