Our hearts go out to the family of Kerry O’Neill, who passed away 12/26/19. Bumper Kunkle and Tom Aufiero shared some memories with me and I’ve copied his obituary to KP83.org. Kerry’s career kept him overseas for a number of years before returning to his home town in upstate New York in late 2018. All are welcome to submit photos or remembrances for his page on our site.

John Carbone shares some happier news (adding to photo in Fall issue):
The usual KP ’83 suspects traveled to Philly to celebrate with Mickey & Mary Kay Cunningham at their daughter Sarah’s wedding- the company of good friends and the drinks were flowing which made for a most successful evening! 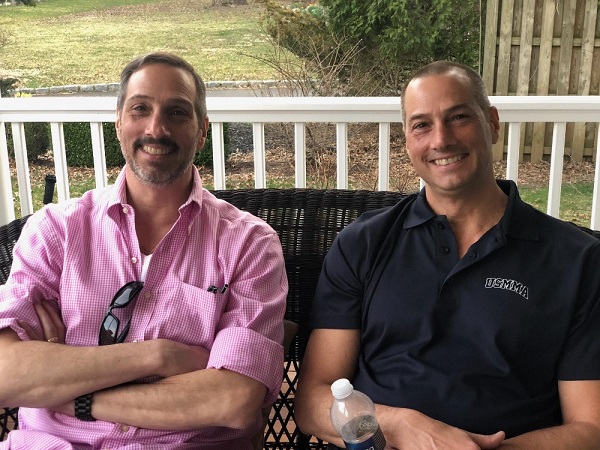 John Prien writes:
No recent classmate sightings for me in Atlanta. I do; however, have some great news – our second oldest child Ben was just accepted to Georgia Tech (where his sister Madison is a Junior and CEO of her sorority). The two oldest have followed me to GT (she is business and he will study engineering). 2 more to get through the college admissions process – hopefully I can sway one of my other two boys to give Kings Point and/or the military a try. 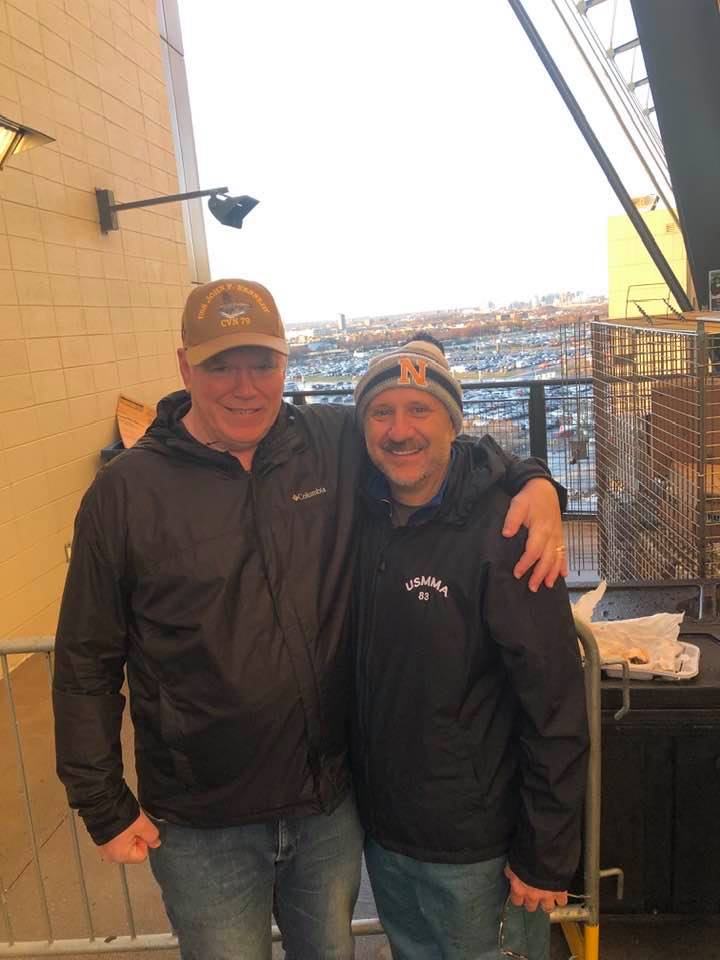 Class of ‘83 at KP-Philly Chapter Tailgate at Army-Navy game. Dave Ferchau; John Rhatigan; Dan Hicks; and Brian Foy. Many thanks to Dave Wickersham ‘93 and John Brennan ‘93 for hosting and coordinating. Brian happens to be wearing jacket featuring the ship he and Ray Christensen did a tour of duty aboard starting in 1983.


Here is a photo of Jim Quern, Rick Boudiette, and my wife Kim tailgating at LSU in November of 2019 before the beat down of Texas A&M on the road to a perfect season and the national championship. While none of us attended LSU, the Quern and Liantonio children have earned at least 8 degrees from the school, so we’re definitely donors. It has been great to have great friends like Jim and Anne nearby and having our kids grow up together. And having Rick around now when he’s not in Angola (the country, not the Louisiana State Penitentiary) is a nice bonus. Stan Cutler “had a great time with my long-time KP roommate Joe Chaput at his son’s wedding in Tavares!”

By the time this column is in print, a new book by Del Lewis will be published and available at Amazon.com. With a title of “Get Your Ship Together”, you know you’ll want to grab a copy!

Have a pleasant Spring.