The Alumni Assn notified us of the tragic news that Tim Hallock had passed away on Feb 28, while hiking the mountains of New Hampshire. He was owner of Hallock Marine Services in Orient, NY since 1989 and founder of Northeast Mountain Guides in 2004. See our CLASS NOTES area of www.KP83.org for further details and links to articles.
Articles & Tributes here

Big thanks to George Toma for the following testimonial & photo regarding Tim:
It is with heavy heart that my family and I receive this news. Tim was a great classmate, a dear friend throughout the years. He visited us in each of the homes I have lived in with my family, from Florida, and Virginia, to Arizona, and spent time getting to know and touching the lives of our three children. He even took the time to visit our oldest son a few years ago, at Northern Arizona University, and took him climbing, another area of the USA that Tim was certified to teach and guide.

His kindness, love for family, and love of nature will always resonate with our entire family. It was his dream to use the outdoors as part of our overall educational process, to bring the concept back to the classroom. Let us count those fortunate lives that have been touched by his warmth and grace, never forget his love for life, nature and family.
God Bless Tim. And may the glory of God’s heaven bring his family peace.

On happier notes, George adds:
I wanted to share with you a photo that John Rhatigan, Tom Aufiero and myself took, during the International Workboat Exhibition. It is wonderful to be able to work in an industry where from time to time, your work allows you to cross paths with old friends. I am sending the photo we took from the waist up as the two giants allowed me to stand on our booth platform, so that I did not look like one of their children.
My wife Michelle (of 30 years, she hasn’t left me yet) made sure to record an evening we had together, with Steve Dear (85). See photo. Steve is currently a Chief Engineer with Noble Drilling and stopped in while we were both in Arizona at the same time.

John Kimmerlein shares cool news:
Hope all is well. Not sure that I have ever sent any news, but now have a good reason to: My older son David has received an appointment to the USMMA class of 2020! Although he has an application into USNA and USCGA and is still in the mix there, I believe that KP is his #1 choice. Any other classmates have kids there now? By the way, David has been in touch with the track coach at KP and plans on running while there–imagine that!

There’s quite an ’83 contingent in the Seattle area. I see Bill Sliker, Mark Allen and Jon Kjaerulf at least a few times a year, and have seen Steve Kimmel, Marc Lund, and Mark Kirschenbaum on occasion. Joe Maggiora, Doug Barlow and Neil Kelleher are also around, but I have not run into them. I also worked with Joe Walsh quite a bit (he’s near LA).

Mark Faller writes:
Hope you are well. Wanted to report that I, and the other 6 owners of our parent company Harkcon, Inc. are starting a microbrewery in Fredericksburg, VA.
6 Bears & a Goat Brewing Company – six of us retired from the Coast Guard (mascot – the Bear), and one Annapolis grad (the Goat) started a government contracting company 10 years ago – Harkcon Inc. Harkcon provides Human Capital and Training solutions to numerous government agencies and several in the private sector. Harkcon now has about 125 employees in 10 different states. Anyway, as a passionate home brewer, I pitched a business plan to start a craft brewery to the other 6 owners and we’re moving forward! Closed on the 10,000 sq ft building in Fredericksburg, VA, not far from my house, a couple weeks ago. The building sits on 4 acres so outdoor venues will be included. Have an amazing commercial brewer on board, and we’re partnering with a renowned restaurateur to run a full kitchen. I stepped aside as Harkcon’s CFO in August to hit this initiative full speed. I will manage the brew house while the other 5 bears and the goat keep Harkcon running strong. We will start with a 15-barrel operation, scalable to 30 barrels. Soft opening Summer of 2016. Check us out on Facebook – look for some free beer initiatives for KP’ers. Plan to launch the website soon also. Hope the Class of ’83 comes to visit! Prost!

Joe Bishop writes:
I’m currently at AMO headquarters, doing my annual small arms refresher and enjoying the South Florida weather.
I’ve been sailing union for 16 years now and starting to look forward to retirement. I recently had an awesome phone call catching up with Al Reeves over in Houston. We chatted for almost an hour and a half. He’s doing well, having just wound up a 30-year career with GE. Some of my former 3rd Company plebes are now running the local Alumni chapter (Space Coast) and every now and again I venture up to Jacksonville to visit Scott and Glenda O’Connor. I actually had a big surprise a few years ago when I took a short relief job on the SS EL Morro. When I went below to take the 12-4 watch, the 8-12 engineer was none other than their daughter, Kate, working her first job on her license. Time is catching us all, I’m afraid.
Not to worry, though, my midlife crisis is in full swing. I’ve bought a Harley Davidson Road King and learned to ride it. While I had some challenges with that, I have to tell you, it’s worth it.

I mainly follow our classmates who are on Facebook, but I see some people every now and again. Chris Foss is running a sizable business in Columbia, SC, dealing in all manner of collectables, from toys and comics to rare books and movie memorabilia. Chris is now nationally recognized as an expert in such things, I believe. I’ve heard that Mark Simmons is moving back to Tampa after a number of years in Dayton, OH, but I haven’t talked to him in quite a while.

Dave Ferchau took a break from his rigorous schedule to share:
I guess you’ve noticed by my Facebook post that I’ve been struggling through the winter by supporting our submarine fleet in places like San Diego and Pearl Harbor. I’ve been the program manager for submarine modernization for NSWC Philadelphia for the last dozen years or so. The travel locations often make the stress of the job worthwhile, but I do feel guilty when my wife is stuck at home in New Jersey with a house full of rescue animals and 20 inches of snow to shovel. When I’m back in the office, I do occasionally run into our classmates that have remain there since 83, Kevin Fauvell, Bumper Kunkel, Tom Bodman, Dan Hicks, John O’Brien, Bill Higgins, Bill Kraynick, and Dave Heinbockel. It’s usually when Jim Romeo comes up from Norfolk and we invariably always start talking about retirement.

Speaking of retirement, I’ve been working in the background for several years now trying to get retirement credit for the years at Kings Point for all of us in federal service. Hopefully for my own sake as well as for that of our KP brothers and sisters, we’ll have success shortly.
Almost forgot to mention, back in December at the Army Navy game in Philadelphia, I ran into big Bob Bennett and invited him down to the local KP alumni chapter tailgate. One of his daughters will be a senior at Annapolis next year, so I’m looking for a really great tailgate party that he’ll be hosting next year. FYI, you better spell check this because I’m in Honolulu and I’ve already had at least four Hawaiian iced teas. LOL

Glenn Gardner dances in:
Ran into Tom Bodman last week at NAVSEA. He has taken over driving Commonality Across Platforms at NSWC Philadelphia in support of NAVSEA. Commonality is about reducing variation of specifications, standards, interfaces, systems and components to a level that results in the lowest total ownership costs for the Navy. With Tom in charge, I see a lot of potential to improve affordability of our ships.

Thanks very much to all who shared news. If I haven’t heard from you in some time, it makes my day to receive text and photos. Call anytime. Webmaster Ray is almost always available. Besides creating websites, I now offer very affordable mobile apps to businesses and organizations who want to better engage with customers/members, so please refer me to business owners.

As we keep Tim Hallock‘s family in our prayers, we continue to remember all of our lost classmates and can probably honor their memory by making an effort to stay in touch with each other.
—– Ray Christensen 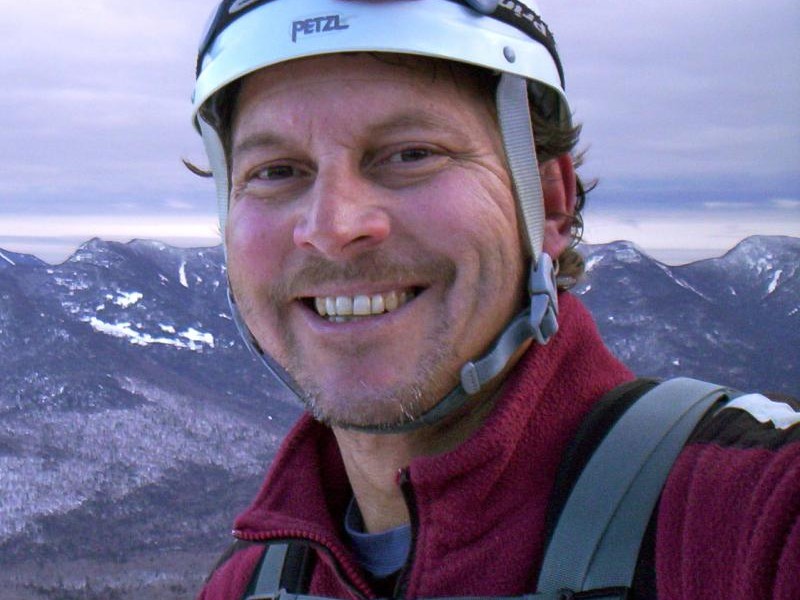 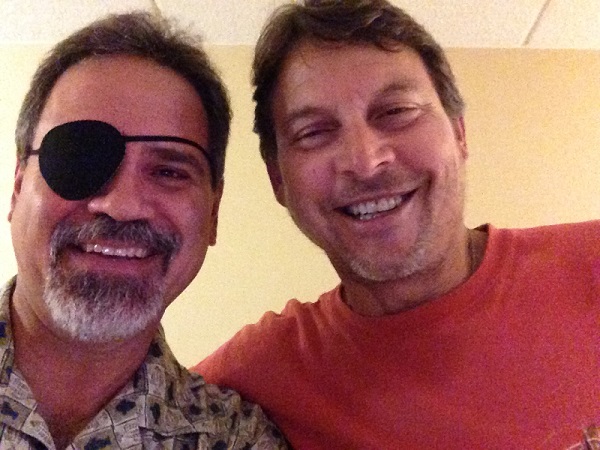 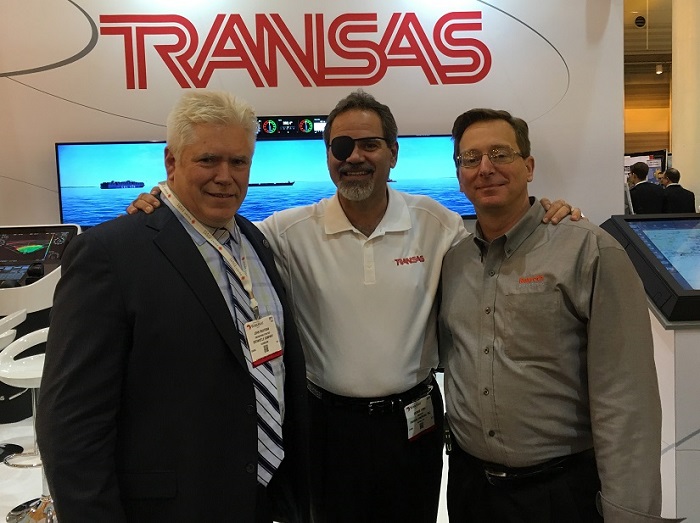 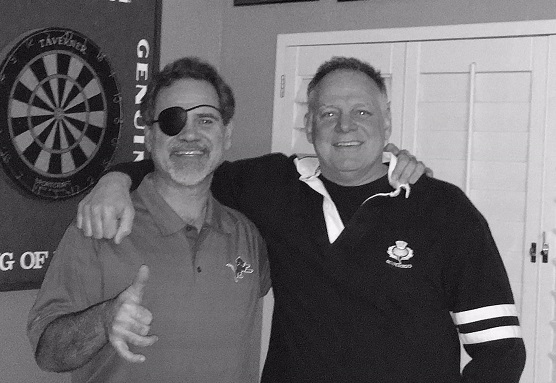