At the beginning of SEP, I took another Greek Island sailing adventure. Last year’s crew was my wife, Gretchen, but now that she is back at work, took my brother-in-law and a buddy of his and we chartered a 36’ sailboat out of Athens/Piraeus to cruise the islands for a week. The trip was great, with lots of wind and noteworthy port of call. We did spend a couple of evenings on the hook at remote uninhabited islands, but also hit some big name islands as well, including Siros (Finekas west side & Ermoupolis on the east) and Mykonos. Mykonos is very large, has a big airport as well as many cruise ship arrivals, but it also has a small city feel along with ancient ruins, multiple resorts and many beaches and coves.

Everyone enjoyed the fun, food, sun and perfect temperatures. Even had to repair a torn sail, a first for me. Did it underway so we did not have to stop. Each day was good for 6-10 hours of underway time, with schedule being flexible as we depended on mother nature for moving us from one island to another. Wind could be quite blustery, where at one point we were just over 7 knots on only a genoa. One approach into port brought a head on wind with 10-12 foot seas. That slowed the transit time for sure. Would recommend this to anyone looking at sailing adventures. Always have the USMMA hat on for the nautical adventures!

John Burns sent an awesome photo of the late Vivan Ragusa and himself atop the highest mountain in the continental USA – Mt Whitney.

Bruce Garrott writes:
Hello from Djibouti. I have now been at Camp Lemonnier for 6 weeks and time is starting to move quickly. Thanksgiving was a feast here. There was way too much food to eat and the chow hall was full as everyone wanted to stay, enjoy the company of their friends and socialize longer than a normal meal. The weekend after Thanksgiving, Natalie Stovall performed for two nights on the camp. She is quite talented as a country musician, who can sing, and play the violin and guitar.

I spent the first full week of December in Stuttgart, meeting our higher headquarters (US Africa Command) and those to whom I report to for many matters. Very interesting meetings. It was nice to put a face to a name on an email. There was quite a difference in weather (about 50 degree temperature change) and it snowed one night. It was nice to see green again. The German’s decorate for Christmas and it was nice to see decorations and lights for the holiday season. Stuttgart’s Christmas Market was worth seeing too.

This week, the Secretary of Defense, Leon Panetta, visited the camp on Tuesday. He gave a very good speech and then shook the hand of the 500 soldiers and sailors who assembled to meet him. Here is the link or http://www.hoa.africom.mil/getArticleFresh.asp?art=7497 The weather here is now pleasant. Highs in the low 80’s and lows in the 70’s. I even saw someone wearing a sweatshirt tonight, outside.

Dan Rohde writes:
I have a case of Bud’s (I enjoy drinking not gambling) on Tebow (I mean Denver) over New England. I’m not a Gator fan or overly religious, but this guy’s work ethic is unbelievable and he knows how to win. I’m also a good New Yorker who will pull for anybody playing a team from the Boston area.

On a serious note, Carrie and I spent the week in-between Christmas and New Years in Miami working with the Race Committee that ran the Laser course (one of 3 courses) at the Orange Bowl International Youth Regatta. Tom Lihan (82) was the Principal Race Officer (PRO) and George Winslow (82) and David Sloane (82) were also part of the Race Committee. The five of us spent a lot of time together during our 3 years we were all on the Kings Point Sailing Team, and it was great to be back on the water participating in the sport we all enjoy so much.

Our youngest daughter was on the water competing and both of Tom’s daughters ware on the water coaching. Tom’s oldest daughter Sarah (2010 Yale grad.) had recently earned a position on the US Olympic Sailing Team and will represent the US in the Woman’s double handed dinghy (the “470”) in England later this year. As you can imagine, all the young competitors (and parents) were very interested in talking with her, and Tom (and his wife Dana) are extremely proud of her accomplishments.

The Orange Bowl International Youth Regatta is an annual event that attracts 500-600 youth sailors (560 this year) from the Americas and Europe.

Ray’s update: Last 2 times that I saw my old navy shipmate Brian Foy were to visit his family at their Pawling, NY home – this year to watch NFC Championship Game and last year to watch AFC Championship Game. He’s Executive Director of the Westchester County Medical Society as well as a similar position with a national medical organization. He also got me a gig putting together a website for his KP Alumni Chapter: www.KPMidHudson.org

At our site are past columns, photos, & a link to our Facebook Group. We’re all 50+ now. Stay healthy…and email me with exciting or boring news. 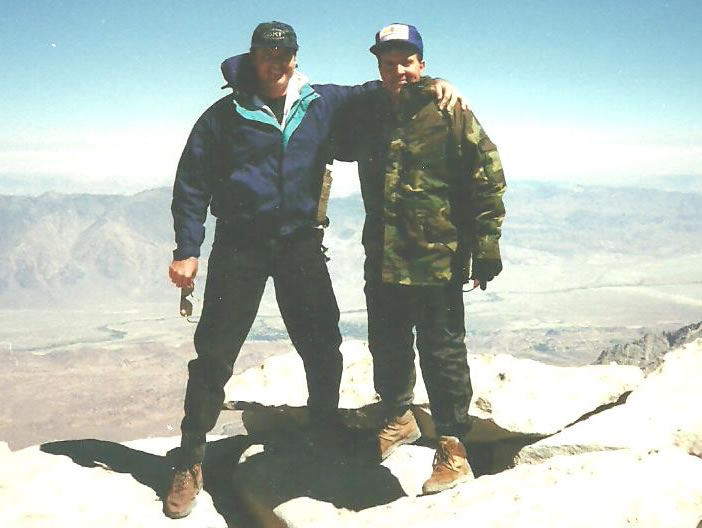 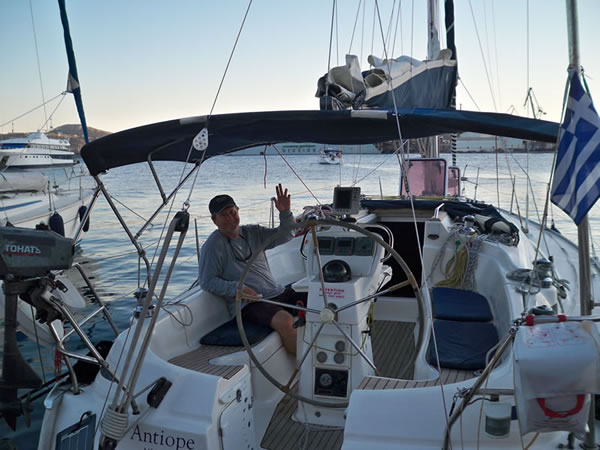 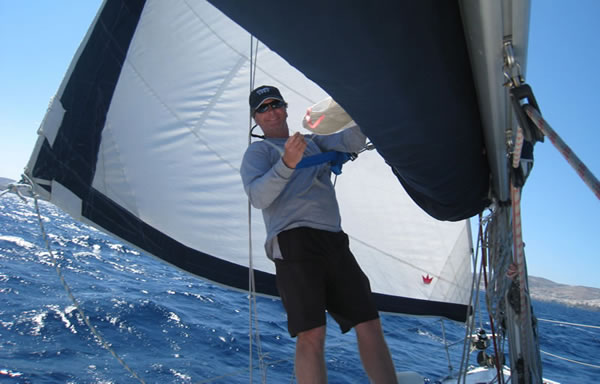 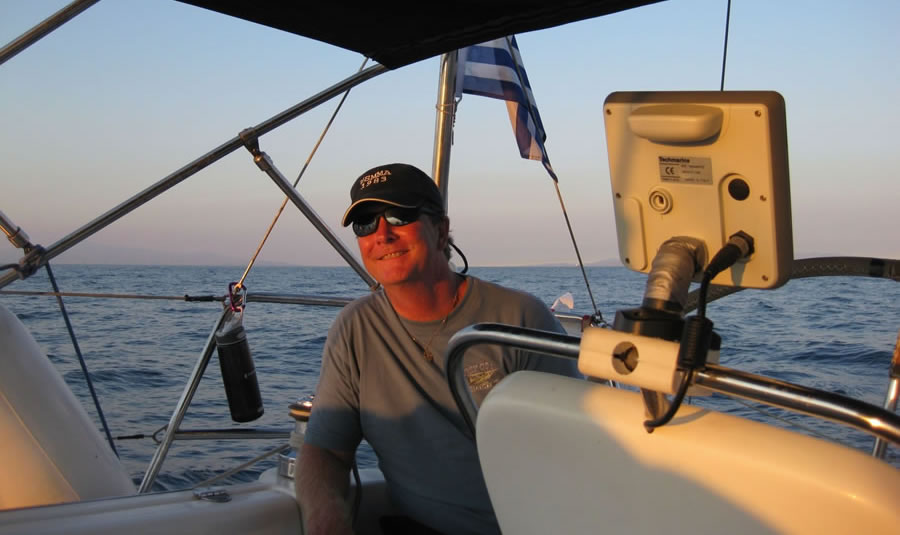 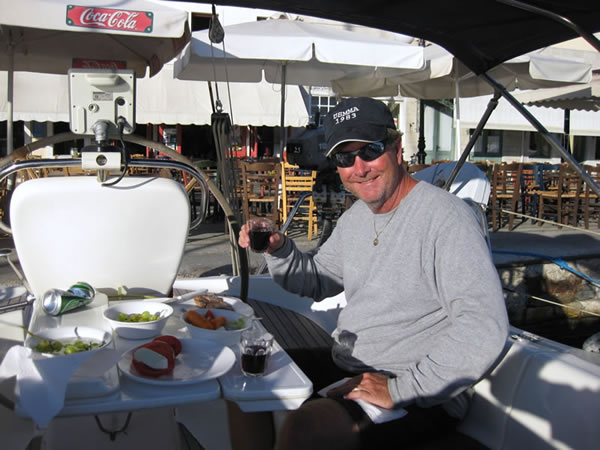 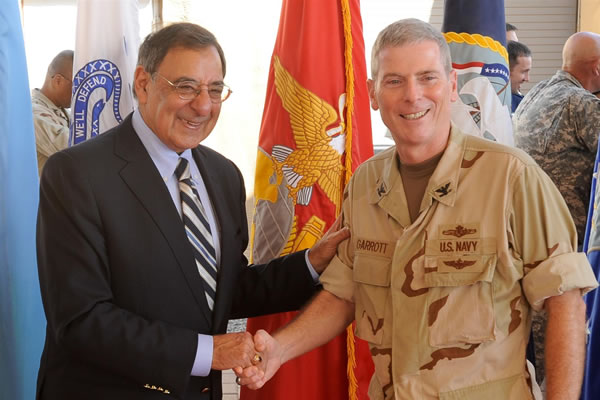 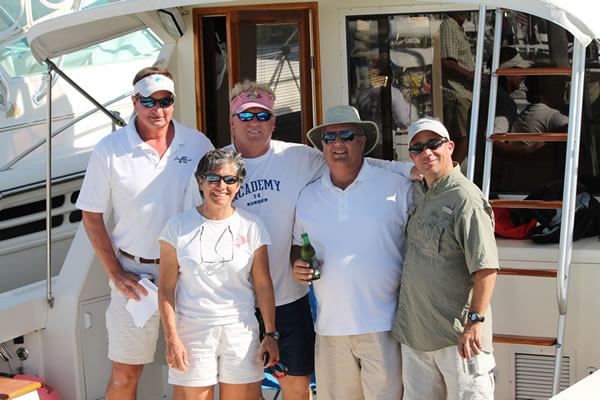