Thanks for staying in touch. Be sure to update your profile at the re-designed USMMAAF.com As noted in November, we mourn the loss of Dennis Gault, who passed away 11/12/09. Anyone who’d like to email me a photo or two that includes Dennis is welcome… I’ll put together a memorial page for him at our site, with link from our AF page. On to happier news…

Bob Ross writes:
Just to let you know, Andy Dywan will be getting married in February. He finally decided to take the plunge. I wish him Dianne the best.

Matthew Bucherati writes:
We got about 8 inches at my house and 20 at our cabin [in NC]. I just had a new Granddaughter on November 9th. Her name is Madison Shea. [Son] Adam was able to come home from Iraq for a two week leave and was present for the birth.

Pete Lafontaine writes:
Hi Ray! Not too much snow here in the foothills [12/21], but the Connecticut coast got about two feet. Congratulations on your 3:24 in Sacramento. It looked a little cool for California, bit I’m sure you weren’t complaining. If I count correctly that is was marathon #16?
I’m just starting to build my mileage up again. I injured a hamstring in September and stupidly I continued racing in pain. I finally took some time off after Thanksgiving and now I am back up to about 40 miles a week, but no speed work until spring since I don’t want to re-injure myself.

Pete was commenting on my trip to CA for a 12/6/09 marathon, where I was hosted for a couple nights by Chris Cioni and his fine family. Chris continues to devote some of his spare time to coaching his son’s soccer league team and participating in road and trail cycling races all over northern California.

A.J. Murphy submitted a photo:
Thanksgiving weekend in Baton Rouge, LA A.J. & Gretchen Murphy met up with Jim Quern as well as LSU’s Mike the Tiger (A.J. & Gretchen’s son Andrew, a senior) for this photo op prior to the LSU vs. Arkansas game. Fortunately, LSU won in overtime! 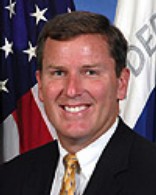 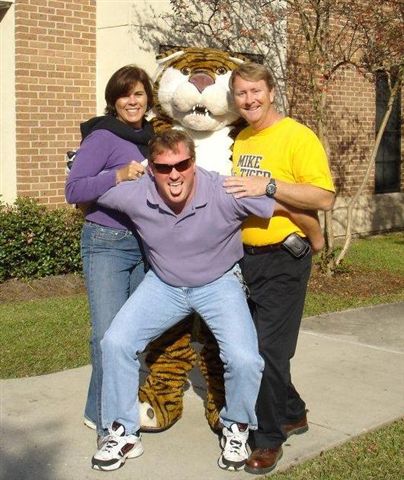 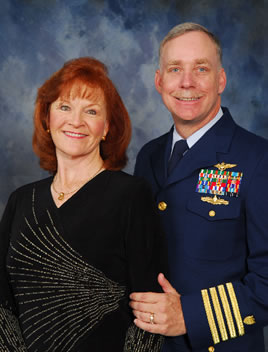 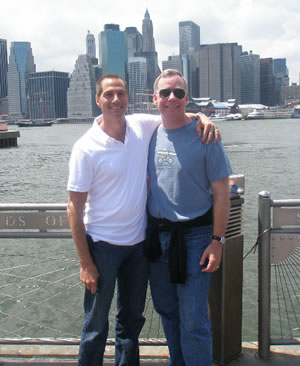 CAPT and Sandy Douglass   || A Grimaldi brother with Scott 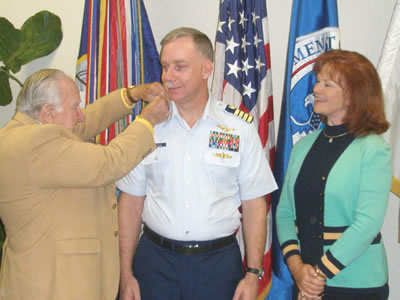