Leo Carling has tracked down a classmate:
“After many years of on-again / off-again searching, I finally located Dave Carlson. The last I saw him was at the Naval Postgraduate School in Monterey CA in 1988. He was heading off to Department Head school before taking over as Chief Engineer on an FFG (sorry…I can’t recall the name of the ship). After 12 years of service to his country, Dave headed into the civilian workforce. In 1995, he joined VT Halter Marine in Pascagoula MS and has worked on a number of their ship design efforts since then.

In his free time, Dave performs with a Jazz band, a community band and pit bands for local shows in the Pascagoula area. The funny thing is, I’ve been to VTHM numerous times starting in 1996, but never stumbled across him. Small world.

I’m still working for BMT Designers & Planners, supporting NOAA’s shipbuilding efforts and working on long-range plans to replace the entire NOAA fleet. Andrea and I recently purchased an 11 acre parcle of land near Front Royal VA with views of the Blue Ridge; we’re in the process of designing our retirement home and plan to start construction later this year.”
— Leo

The attached photo was submitted by Mickey Cunningham. Kent Morton joined him at an Eagles game in the fall.

Read about Sean Connaughton’s new position as Corporate Vice President for Government Affairs at ABS at our class site. I haven’t heard from too many people directly, so I had to grab some items from our profiles page:

Chris D’Angelo is “still with Proto-Power although we were purchased by Zachry out of San Antonio, TX. We are in the middle of what appears to be a Nuclear Power Renaissance. Anyone looking for a job?…”

Rex Gundle is “Currently living in Holland after living 12 years in the tropics (Asia / Central America) with my family. My eldest Sarah is off on her own working in the industry for Maersk, while Tom (17) and Katie (14) attend high school here…”

John Kimmerlein says “It was great to see so many people at the 25th. Married to Jennifer since ’92. Have two boys, David (11) and Evan (8). Came ashore for law school after active duty Navy and then sailing up to relief master. We spend our time with school, little league, soccer, and sailing on Puget Sound, whenever we get the chance. Drop me a line if you are visiting the Seattle area.”

Jim Quern says “Great time visiting with all at the 25 year reunion. In case I didn’t share with you, I have been in the New Orleans area since 1986 and have been working for the Dept of Energy Strategic Petroleum Reserve since 1991…”

Read the rest of the above comments online (and update yours at the same time!) Be safe.
—– Ray Christensen 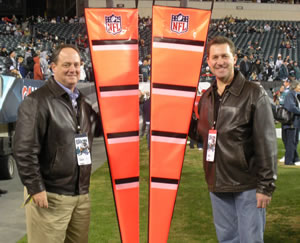