We need to lead off with A.J. Murphy mentioning that he’s a granddad:

Was in New Orleans last weekend and got to connect up with Jim Quern and his daughter Kelly. Had a nice visit with them and our son Andrew and his wife Jennifer, along with our first grandchild that arrived in early July. Wow – a new job description that we will have to get used to! Heading back into New Orleans for the Labor Day weekend for my oldest son Sean’s wedding. There will be a few KP’ers there that we will see.

In June, Lee Forsgren announced to job colleagues:
I will be departing HBW Resources. On Monday June 19th, I will be going into the Administration as the Deputy Assistant Administrator for Water at EPA. Administrator Pruitt made me an offer that I just could not turn down. My responsibilities will include all of the Clean Water Act, Safe Drinking Water Act, the landside implementation of the Oil Pollution Act, the Invasive Species Act and the Clean Water/Safe Drinking Water State Revolving Funds plus other assorted duties as assigned. I will be spending a major part of my time over the next year repealing and replacing the “Waters of the United States” regulations.

Matthew Bucherati shares:
The Bucherati family continues to grow rapidly and we have been very blessed. My oldest daughter, Ellen, gave birth this winter to her second son, Samuel. He is Sara and my seventh grandchild. With our youngest daughter only getting married last year, we still hope for a couple more grandchildren. Between our four children, their spouses and all the grandchildren, we just hit 17 in my immediate family. Hard to believe but a lot of fun at holiday gatherings. Sara and I will be celebrating our 33rd anniversary very soon and have just passed completed our 25th year of living here in North Carolina. I also just had my 31st anniversary at Pepsi Cola and am actively starting to plan my retirement. We will stay in NC forever and plan to move full time to our mountain house in the Blue Ridge Mountains. I wish the very best to you and the rest of our class.

Wow Matt! 17 in your family and I’ve got just me (unless you include my two housemates).

Rick Boudiette writes:
My mantra is, “Never do a good job in West Africa. They’ll just keep sending you back.” After a multi-year assignment in London on loan to SIGTTO, Chevron kindly returned me to West Africa effective April of this year. My fifth project in West Africa finds me as a resident of Soyo, Angola, seconded to Angola LNG as Marine Manager. Soyo is an old Portuguese port located at the mouth of the Congo River. No ice hockey but I have been able to find a place to skate now that my shipment has finally arrived. I’ve a multi-national staff of Angolans, Europeans, Indians, south Africans, and Aussies performing roles of marine pilots, dredging advisors/technicians, marine inspectors, and VTS operators, as well as a fleet of tugs and marine service craft. We coordinate ship movements and cargo (LNG/Propane/Butane/Condensate) loading at the terminal; manage vessel traffic for the entire port; maintain the Navigational Aids, and plan/contract dredging operations for the port. There are seven project LNG Carriers dedicated to the project: three steam and four dual-fuel/diesel-electric. I helped design all seven and was project manager for the construction of the three steam ships. Come visit – we have three types of venomous cobras and really huge lobsters! Otherwise, see you at our 35th next year.

Dan Rohde adds:
Carrie and I are out in SEA visiting our oldest daughter and son in law (Krysta & Matt Zangle USCGA 2011) who were assigned to SEA last year.

We made plans to visit with Peter (KP 86) and Marianne Lindsey (Sailing Team buddies) and after an awesome boat tour of Port Madison Bay (Bainbridge Island) we were met (while docking at Suquamish for dinner) by John Kimmerlein. What a great surprise.!!

Art Burns says:
I retired from sailing effective May 1st. Grace and I celebrated my retirement from going to sea while “going to sea” on a Smooth Jazz Cruise out of Venice, Italy. Not once did they call my cabin due to reduced visibility or heavy traffic! We have Jazz cruises booked for 2018 and 2019 already.
I’m busy with projects around our home, volunteering at the VA hospital, and enjoying nature. I promised myself at least a year for catching up on stuff then I might look for part-time work if I’m bored.

John Diegoli relates:
It has been about 18 months since my retirement from the FAA. My eldest daughter Hannah graduated from the University of Wyoming last May and is currently working towards her master’s in accounting. My son Eddie just enrolled in American River JC in Sacramento and his twin sister just started her college career at Mississippi State. My wife and I are officially empty nesters. I am keeping busy doing part time flight instruction, ski patrol and lifeguarding.

Ray Christensen finishes up:
…And so the graying of ’83 continues. I want to say something profound like “let’s stay young forever”, but I’m past gray and have already been bald for years. Actually, yesterday was my fastest 5 mile run in almost 2 years! Bloodwork showed that I was low in iron and taking a supplement gave me more energy almost right away. Meanwhile, I donate blood every 3 months or so when the blood bank calls to say that a kid at A.I. DuPont Children’s Hospital needs fresh blood for surgery they’re having. Talk about laying on the guilt!
Stay young!
—– Ray Christensen 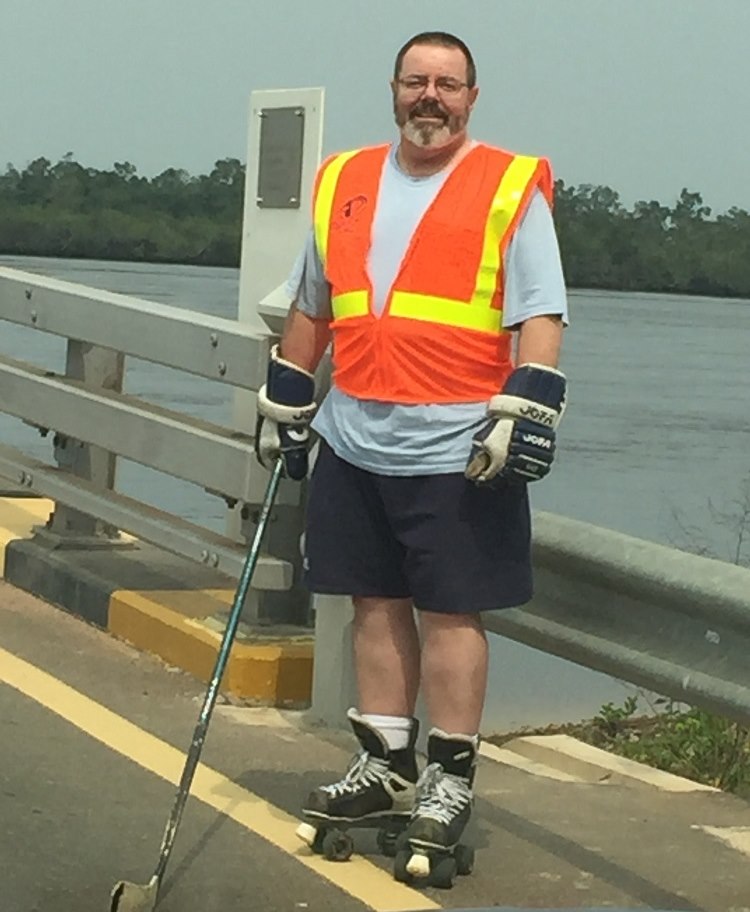 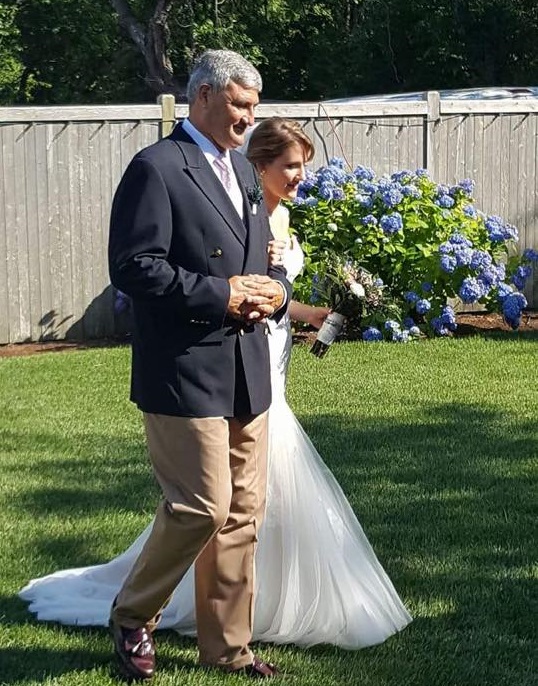 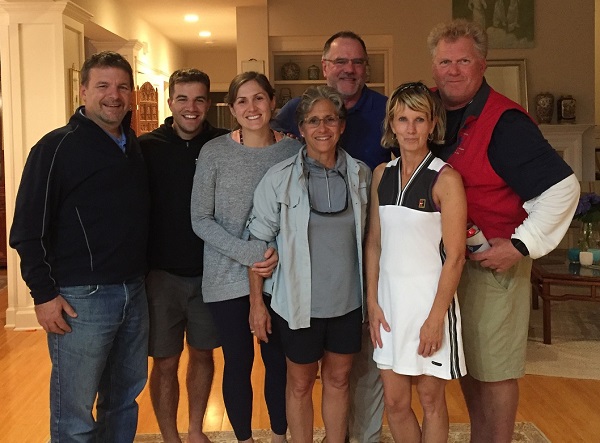 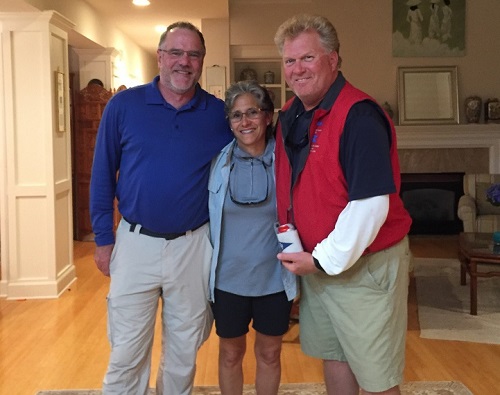 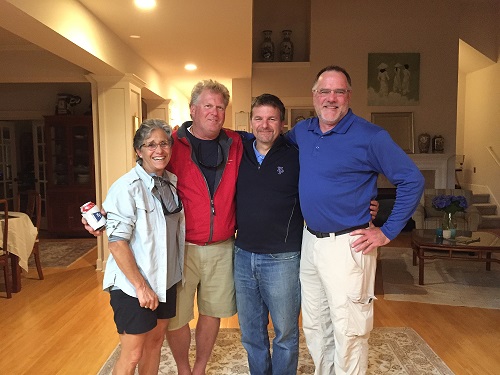