Thanks so much to all of you in the mighty class of ’83 who contribute to this column! I love hearing from those who haven’t appeared in a while. Remember that you can see all of our past columns at KP83.org, where there are color versions of all photos. Just before submitting this for publication, I saw the notice announcing Brian Foy as Alumni Association Legislative Outreach Coordinator. Congrats, Brian – USMMA needs your skills, which were evident when we were just 2 years out of school and as Navigator of USS Mauna Kea (AE22), you gave an outstanding piloting briefing as we were about to enter port. Our hard-ass Captain couldn’t find anything to complain about!

Dave Tobin writes:
I am owner & president (and sole employee) of Safe Navigation Soulutions. Early in August I was providing ECDIS and IBS training aboard USNS Richard E. Byrd in Guam. While I was there 3 KP cadets joined. I believe they represented the resumption of sea year activity. All 2019. You can guess where I am in the photo, as the semi ancient mariner, 82/83. Mike Phelps (20xx?) was a 2nd Officer but not captured in the photo. They joined a great vessel run by Capt Les Apsley.

Bruce Garrott shares:
Debbie and I celebrated 30th wedding anniversary this past spring with trip to Iceland in March. Our family vacation this year was to Moab in July, highlighted by a hiking in Arches and Canyonlands National Parks and a four day rafting trip down the Colorado River thru Cataract Canyon.

Steve Galati reports that he had dinner with Mark Salinas and his lovely wife Jennifer as they passed through Philadelphia on a two week road trip from Texas to Maine.

Jim Goulden reminisces:
Sugar Ray,
After 33 years (actually 36, I guess) I’m finally over Norton failing me in English 3 plebe year and have gotten the confidence up and self-esteem in place to put pen to paper for you.

Recently I went to a “meeting of the minds and the mindless” with some of our brethren. I got to spend some quality time and break bread with John Rhatigan, P.E., Mickey Cunningham, P.E., Mike Keane, Esq., John Carbone, M.D. and Jimmy Quern, Ret.. I was so grateful Mike decided to actually leave the Island of Long and be with us. I know he struggles with separation anxiety when out of traffic and around people who don’t live in Suffolk County. Things started at 1pm on a Saturday afternoon, and after about 13 hours and a heinous amount of scotch and cigars, we finished discussing all of the world’s problems and those of our own. The attached picture was taken—not a bunch of bad looking chaps, eh? As a result of our time together we resolved the following: Rhatigan and Quern would run for President and Vice President with the slogan “Make America Drink Again”. Not sure if they will get on the ballot in most states. By the time this gets printed we will know.

All of us are doing pretty well—maybe a little arthritis here and there, some artificial joints have been installed, kids in and out of college or even married. Mickey mentioned grand parenthood (OMG!/WTF?). I’m down in here in Orlando nibblin’ on spongecake/watchin’ the sun bake hoping the PVC pipe business continues to grow as all of you get on that big retirement bus, make your way down here to God’s waiting room and build your retirement homes. One thing all of us agreed: we don’t miss any opportunities to be together anymore.

Rich Colonna shares:
Who knew that after spending many years at sea and enjoying the services of the USO around the world, that I would be using their services again right here in Philadelphia. My oldest son, Vincent, had flown into Philadelphia from Richmond where he was sworn in as a coast guardsman. I was able to meet up with him and enjoy a nice dinner at the USO at the Philly airport, before he boarded the bus for his initial training and boot camp at Coast Guard Training Center, Cape May, NJ. As I watched the young men and woman board the bus, it brought back fond, albeit distant, memories of our plebe year. How proud I was of all of them for making the commitment to serve.

Jim Romeo reports:
Photo of Jim McGrath class of 82 (at left) and Jim Romeo aboard the USS Cole in Norfolk Virginia. I’m the Force Engineer of COMNAVSURFLANT and have the pleasure of working with so many Kings Point Port Engineers. They are always the best in the business.

Dan Rohde posts:
Rex Gundle was in Savannah for a quick business trip and stayed an additional night for some fun on the boat with Carrie and me. After watching a sunset off St. Catherines Island (with a few beverages) we enjoyed a casual dinner at a local hole in the wall (Sunbury Crab Co.) on the water.

So great to hear from so many! Let’s find some of our classmates-in-hiding. Stay out of trouble!
—– Ray Christensen 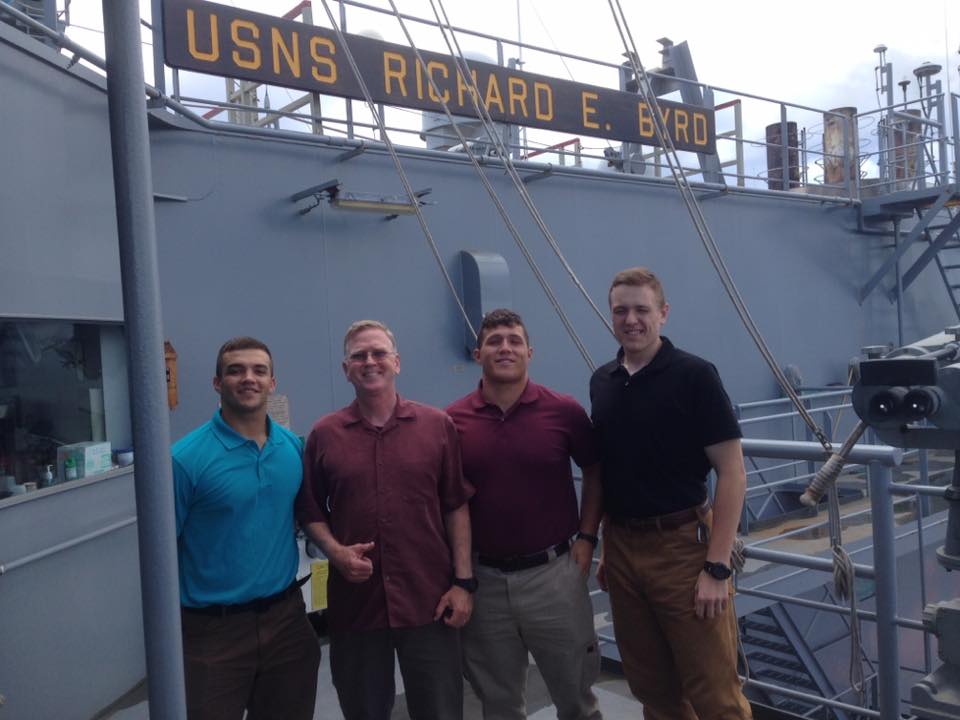 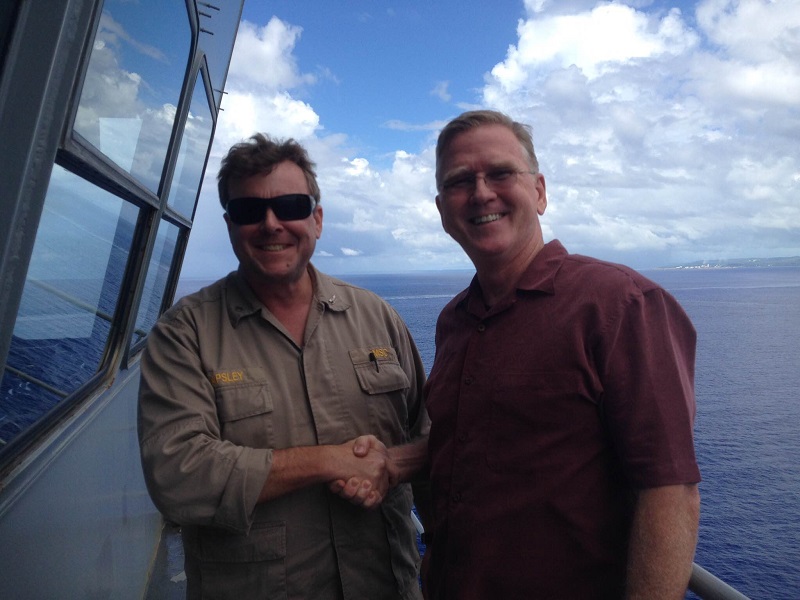 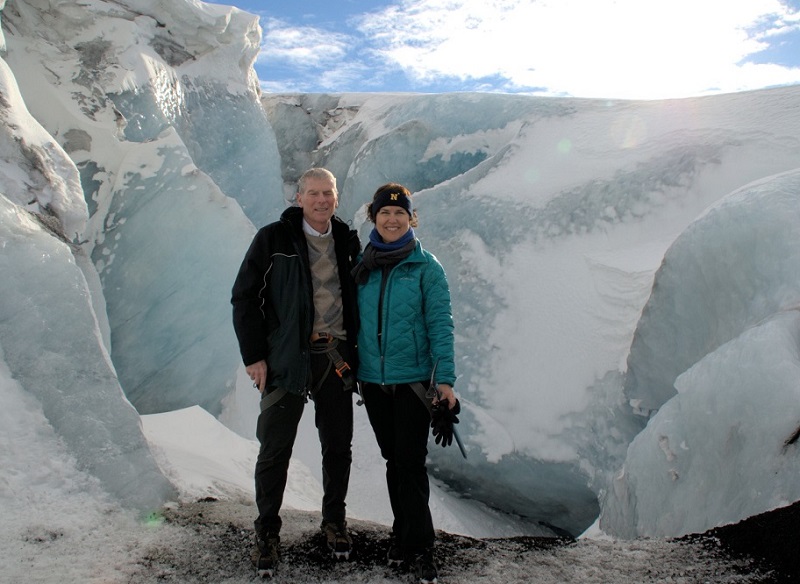 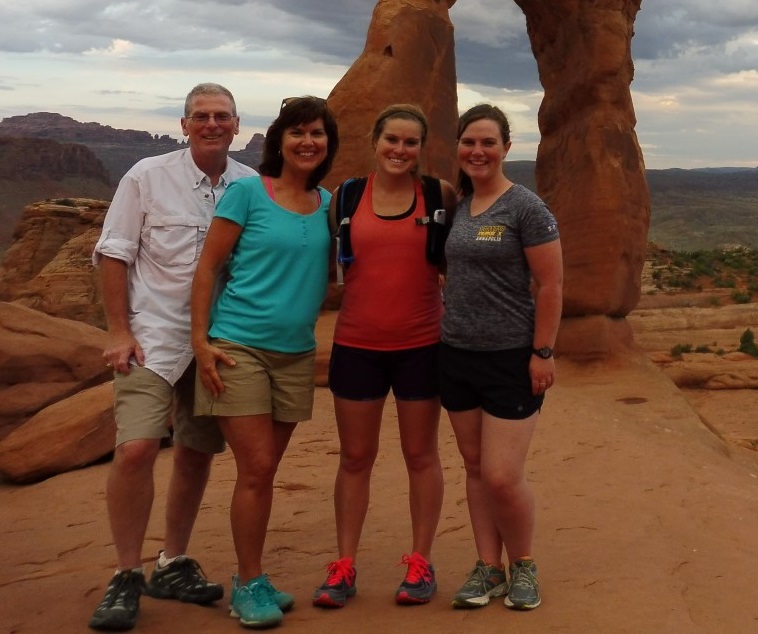 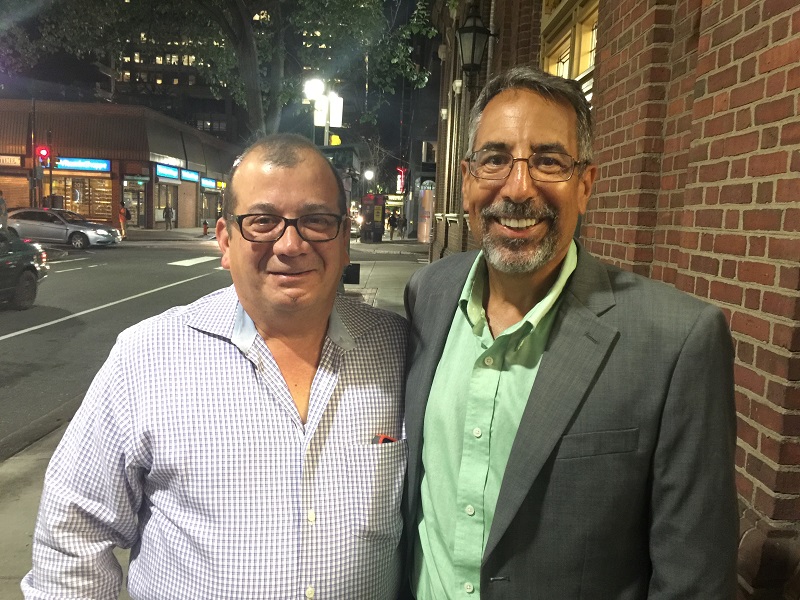 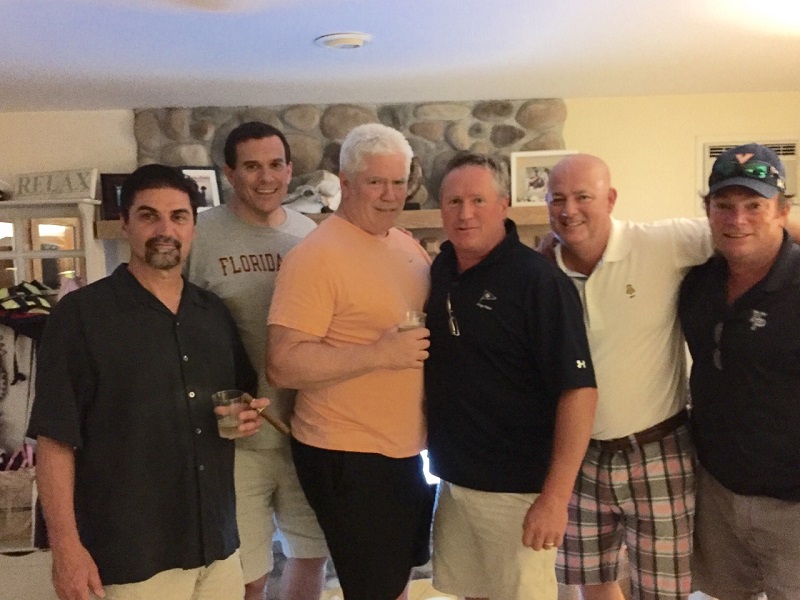 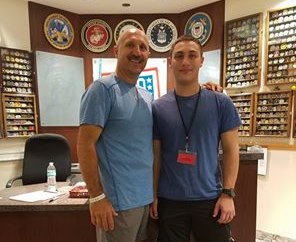 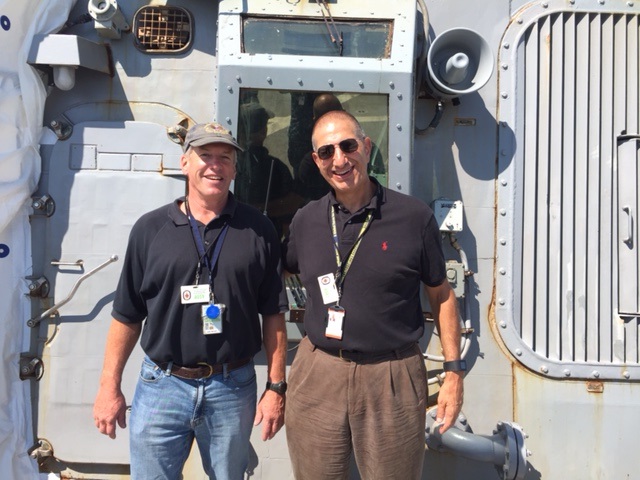 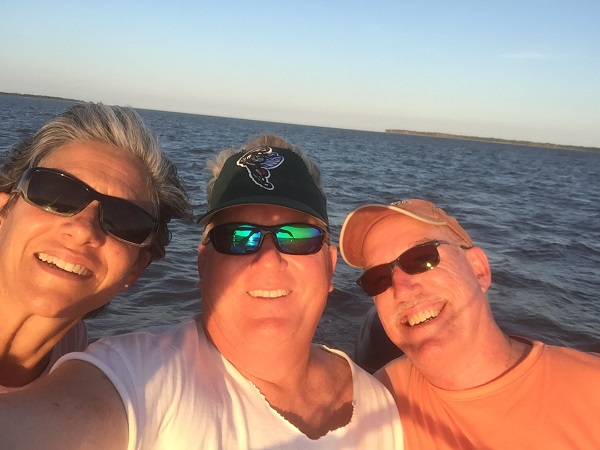