Bumper Kunkle writes:
Attached is a picture of Me, Maria, Steve Dear, Ella Brennan, Pete Brennan, Tom Bodman, and Sue Bodman at Riverwinds restaurant in West Deptford, NJ. We had a good time talking about old times at KP and our families. We are going to make an effort to get together more frequently so anyone that wants to join us can feel free to do so.

Tom and I are still working at NAVSSES. Other classmates here include Bill Higgins, Dan Hicks, Dave Ferchau, Kevin Fauvell, Dave Heinbockel, John O’Brien, and Bill Kraynik. Dan Gieschen works for a local contractor that supports NAVSSES so we run into him once in a while.

Pete Brennan works for Cardinal Health where he is some sort of big wig. Pete and Ella have 2 sons, one is going to Penn State, the other attends Boston College.

Steve Dear (KP ’85) works on an oil drilling ship in the Gulf of Mexico. Steve has 2 daughters, one in high school and the other is going to be in the 5th or 6th grade this fall.

Tom and Sue have 2 daughters, one is in Washington DC and the other is in south Florida.

As for me and Maria, our daughter graduates this December from Kean University. She will be a history teacher. My son is entering East Carolina this fall as a junior where he will major in business management. Frank Amend has agreed to keep an eye on him since he and his wife, Mel, live relatively close to ECU.

Mickey Cunningham writes:
My youngest daughter Sarah graduated as an electrical engineer from The Catholic University of America in Washington DC. She is employed by the local utility (PEPCO)
while continuing her education at Catholic pursuing a masters degree in electrical engineering. Present at the ceremony were my sister Mary Susan and brother Pat, myself and son Brian. Dr Nguyen (the Dean of EE), my father (Mike) who received his Civil Engineering degree 60 years ago from Carnegie Tech (now Carnegie Mellon), Sarah the graduate and my lovely wife of 30 years Mary Kay. Our oldest daughter Amanda missed the ceremony as she received her MBA from LaSalle University in Philadelphia the same day. Good times!

Jim Quern sent a photo:
My father is Al Quern, class of 1944. We got together this June 6th and took a picture. He’s doing quite well; lives in Buckhead, GA, and is coming to my son’s wedding on July 4th in New Orleans.

Stueart Mill writes:
I just pulled back in to Portland Oregon on the Global Sentinel. We were out for 47 days doing survey work on fiber optic cables near California and Oregon. My relief is here and I fly home tomorrow!
[See KP83.org for “photos of some odd critters seen down around 700 m depth.”]

Bill Rupy is back in the USA:
I’m now living in Philadelphia, having returned from Italy last fall.

I can now cross “go to great lengths to become an Army postal clerk” off my bucket list! Wife’s still over there while she awaits a new stateside gig, so for now we’re in the long-distance relationship club. I’m back to living the exciting life of a Database Geek as I try to not annoy my new neighbors with my accordion practice and learn to interact inoffensively with that most mercurial and unpredictable of creatures known as the American Driver. Looking forward to reconnecting with Philly-area classmates! I’m on that blasted Facebook.

Here’s a photo of Rick Wood, with his 2 Kings Pointer sons.

Bruce Garrott writes:
After a memorable family vacation to Norway in June, our daughter, Mikaela, reported to Annapolis on July 1st. We visited with her during Plebe Parent Weekend, at the conclusion the Naval Academy’s six week Plebe Summer. Our older daughter, Kara, is working on her PhD in Biomedical Engineering at GWU.

See our website for color versions of all the photos. Thanks for all of the great reports. Next time, I hope to hear from everyone else!
—– Ray Christensen 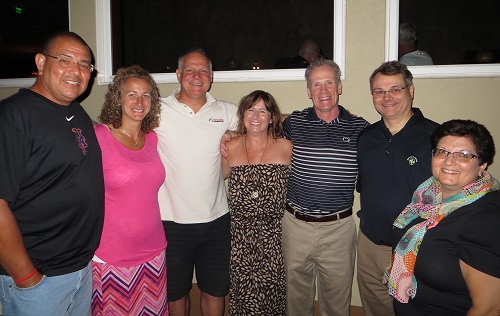 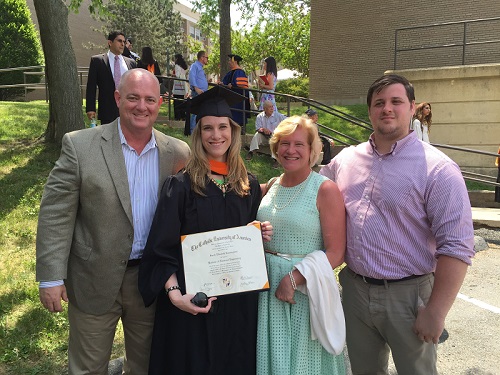 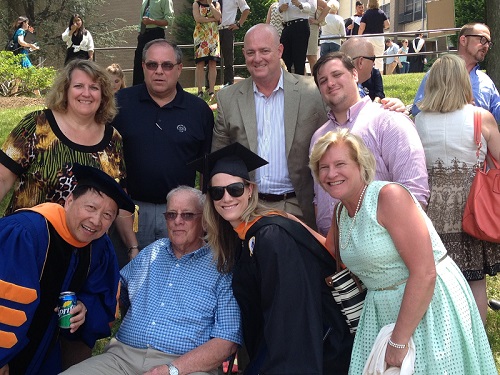 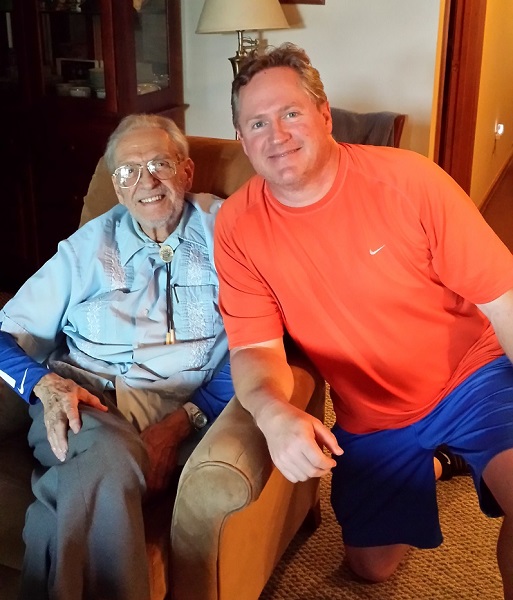 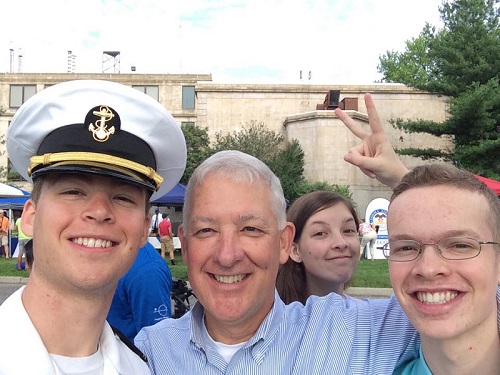 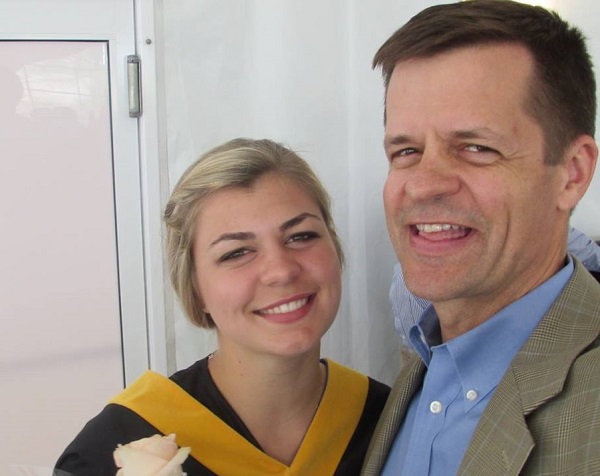 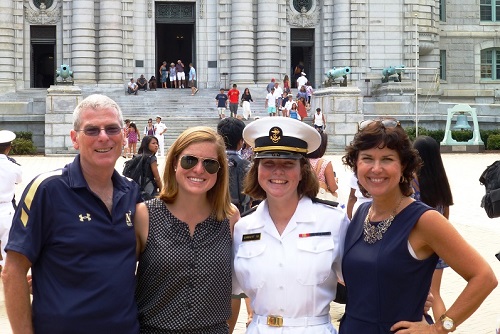